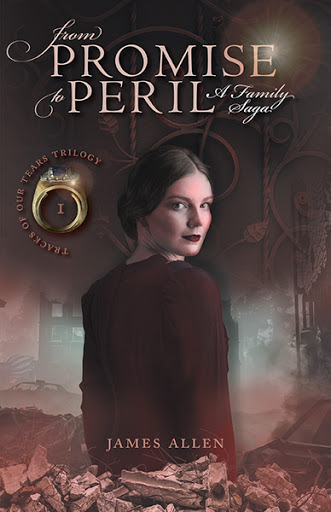 From Promise to Peril
A Family Saga
by James Allen

The upwardly mobile Landesburg family sells off their modest German dairy farm to seek financial success in early-twentieth century Berlin, where their son Sigmund eventually graduates from a prestigious medical school. Sigmund’s medical practice thrives and together with his wife Marissa, the great granddaughter of Otto von Bismarck, they rise to social prominence. As a dramatic symbol of his love, Sigmund gifts Marissa with a beautiful, uniquely crafted diamond and sapphire ring to be passed down through following generations. As she grows up, Sigmund and Marissa’s daughter, Anna, an intellectual prodigy, becomes fast friends with another gifted young woman, Marta, who is to become a world-renowned violin virtuoso. By the 1930s, the rise of Nazism has begun, and the Jewish Anna and gentile Marta find themselves and their families swept into the riptide of history.

From Promise to Peril: A Family Saga is the first book in the trilogy Tracks of Our Tears,

which traces the Landesburgs through overwhelming obstacles as they face escalating persecution and must struggle to protect their family from the tyranny and violence that begins to surround them. A gripping, meticulously researched melding of fiction and little-known historical facts, this amazing story offers a vivid perspective on the Nazi menace through the eyes of two brilliant young women who must seize their own power to survive. 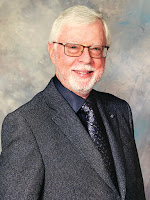 James was born in Toronto and graduated from York University in 1978. Over the next thirty years he was a successful Chartered Life Underwriter and financial advisor. Shortly after his beloved wife Regina passed away, after almost fifty years together, James retired to begin his career as a novelist. From Promise to Peril is the first of three books in a Trilogy in which he brings his amazing fictional characters to life by creatively weaving them throughout actual historical events. He now resides in Milton, Ontario close to his daughter, her husband and their three young children.