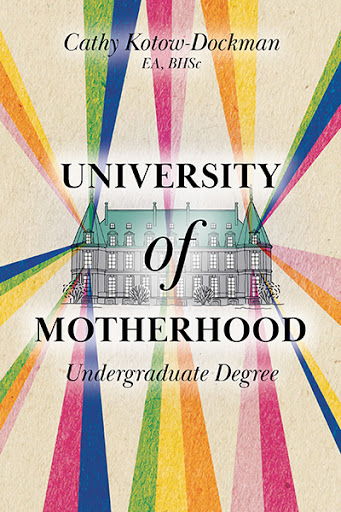 For Cathy, motherhood became an avenue for personal growth and awareness. She worked passionately and intentionally to develop a parenting approach which blended traditional values with empowerment and alternative methods. Motherhood became a quest to identify her true beliefs and deliberately pass them onto her children. Continually in a state of self-reflection, she asked herself: how can I ensure that my children learn to value family unity alongside independent thought? Cathy read, researched, inquired, tried, failed and tried again to discover her approach to motherhood. Cathy’s ultimate goal for her children was to foster love, joy, creativity, dignity, and community. She worked tirelessly to cultivate respect for all people and recognition that all opinions have value. Within the University of Motherhood lies the story of her journey from childhood to motherhood. Cathy hopes that readers experience as much joy and inspiration reading as she had writing about her many adventures and discoveries.

Raised on a farm in southern Ontario, Cathy was born into a large family with a Russian-Ukrainian father and French Canadian mother. An active, creative, bright and mischievous child, Cathy demonstrated a burning curiosity to learn everything about the world and how people related to one another. Cathy collected life experiences that broadened her perspectives through travel, work, school and being an entrepreneur. Before she was 30 Cathy married, became the mother of four beautiful children and relocated to a small town in Alberta where she raised her family. Cathy believes becoming a mother was the culmination of life-long learning experiences, which became the catalyst that dramatically increased her self-awareness and quality of life. On her journey through motherhood, Cathy encountered many challenges such as financial hardships, a divorce, being a single parent, and operating a small business while actively raising four children. Cathy demonstrated strength and resilience in overcoming these challenges while embracing the opportunity to re-evaluate her values and examine her identity.