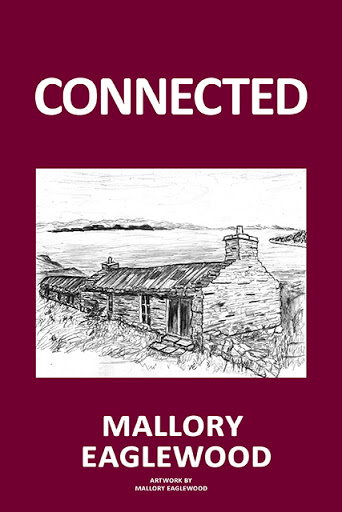 discovering your roots, reconnecting with family, new life in Scotland, the Scottish Highlands, identity and the past, solving old murder, throw-away children

Does identity demand a connection to the past? For decades, Birdie didn’t think so. From a beginning filled with death, violence, and sadness, without regret or a single glance back, she moves on to create a happy life of career and children with a man with deep, ancestral roots, on the other side of the world. Now her children are becoming adults, and her own lost ancestry begins to haunt her until she realizes she must return to her childhood home to search for answers. Ill-suited for the task, and frightened both at the challenge and what she might find, she bravely steps into the unknown and embarks upon a quest that ultimately results in a fight for her life. In a struggle to understand the joys and heartbreaks of family relationships, and how they help to interpret identity, we are swept along two converging paths. In July 1995, Birdie undertakes a quest to find out what happened to the brother she hasn’t seen for forty-seven years. At the same time, we follow Birdie’s life as it marches inevitably toward a collision with the present. Will she survive?

Here we have a kinship with C. S, Lewis’ Till We have Faces.

Till We Have Faces, in itself a retelling of an old Greek myth, and together with Connected, prove that the human struggle for identity, and the internal conflict to understand how the 'self' fits-in to the world as we see it, is age old.

Haunted by the injustice of Psyche's treatment, Ural is compelled to go in search of her sister, and in that quest, finds understanding in family relationships and her true identity. Likewise, Birdie is beset with a series of confrontations that enables her to see herself and her place in the world. Eventually both Ural and Birdie, with perseverance, growth and inner strength find a re-connection with both themselves and family, though a connection different than what they envisioned when they began their quests.

This is Mallory Eaglewood’s fifth published work, following Hummingbirds, The Good Life, Pink Pistachios, and Oiseaux-Mouches. In many ways, she can relate to Birdie, this story’s protagonist, having spent most of her own life struggling to understand the human drive to connect with one another, and exploring the subtle complexities of what makes humans do what they do.

Winner of an Author of the Year award from the Province Newspaper―for an article about the absurdity of war, member of Federation of BC Writers for many years, Mallory has had a career in teaching literature, working as Head Teacher and Course Programmer.

Additionally, Mallory's life is full of fascinating experiences, from being an officer in the Canadian Military, a meditation mentor in a Buddhist Abbey, and dealing with a gunman in the Syrian desert and a couple of sharks at 30 feet below the surface, off the coast of Bali, checking to see if she were lunch. Along the way, she has lived and worked in Scotland, England, and Greece.

This grandmother of three is presently a full-time writer from her home base, a small red cabin in the woods, situated on a sparsely populated little island off the coast of British Columbia. www.malloryeaglewood.com

“Do not go gentle into that good night, (but) …Rage, rage against the dying of the light.” Dylan Thomas

Connected will be available in the FriesenPress Bookstore soon.