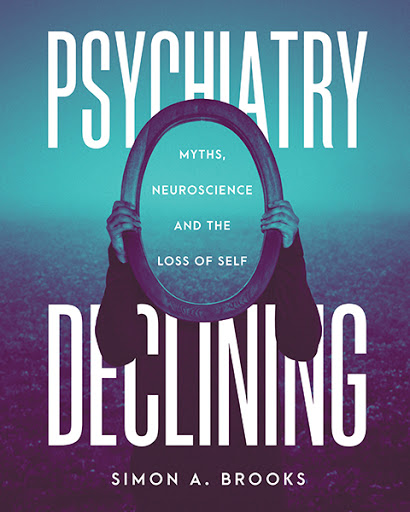 Psychiatry Declining
Myths, Neuroscience and the Loss of Self
by Simon A. Brooks

People suffering from mental illnesses are among the most vulnerable of our society’s unfortunates. They deserve our support and care. While the clinical care they receive from front-line psychiatrists and other clinicians is generally good in the Western world, better understanding of mental illness is desperately needed. Every year or so sees new diagnoses added to the list of mental disorders, each with cohorts of new patients. Every year or so sees new estimates—ever swelling—of the number of those suffering from mental illness. But does this demonstrate progress?

The academics and others who control the psychiatric profession have opted for what they consider an objective approach to comprehending mental illness. Tragically, they have adopted the mantra “Mental Illness is Brain Disease” and have attempted to work with this approach exclusively. Any interest in patients as individual human beings has been put aside; without that connection, we’ve achieved almost no progress in well over a century.

According to Dr. Simon A. Brooks, any understanding of what constitutes a mental illness seems to be disappearing. The boundary between “normal” and “pathological” in human behaviour is increasingly blurred. Almost anything can be labelled as a disorder, and psychiatry has no clear idea of which conditions it should be addressing. Even grief can now be stigmatised as depression.

In this disturbing book, Dr. Brooks analyses the nature and causes of this dangerous divide between practise and reality, using evidence to show why our mental health crisis must be resolved. 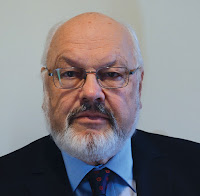 Dr. Simon A. Brooks has forty years’ experience in general clinical psychiatry in the United Kingdom and Canada and has served as Clinical Director in two mental health services. Dr. Brooks was on the Executive of the Canadian Psychiatric Association (CPA) as Secretary/Treasurer for six years, and he was awarded the Distinguished Fellowship of the CPA in 2007.

Prior to his medical studies, he received a degree in Psychology and Philosophy; more recently, he earned a master’s degree in the Philosophy of Mental Health.

Dr. Brooks lives in Nova Scotia, Canada, with his wife and their cat, Amelia. He spends some of his spare time singing in two community choirs.