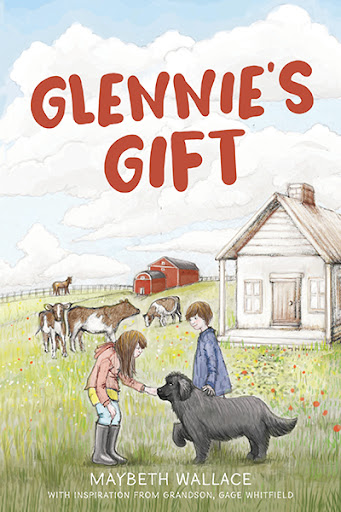 Glennie has a secret she kept her whole life. She has a mystical special gift that she believes other kids don’t have and she tells no one, afraid they will make fun of her.

One day, Glennie finally tells her best friend, Reggie. Turns out, Reggie has a secret of his own. From then on, Glennie and Reggie share an unbreakable bond and freely use their special gifts to help animals and people. Whether they’re connecting with Glennie’s dog, Patsy, or their mean schoolmate, Jimmy, the stage is now set for scary experiences and magnificent adventures.

Along the way, Glennie and Reggie learn how to handle difficult life situations and the power of acceptance and kindness. 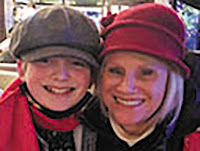 Maybeth Wallace wrote this story with inspiration and input from her eight-year-old grandson, Gage Whitfield, as a summer project out of their mutual love of the outdoors, books, adventures, and animals, as well as to honour their cheerleaders in heaven: Reginald Wallace and Glennie Wallace (née Crowe). Maybeth has given workshops on personal development and believes in the value of positively empowering children at a young age when they are forming their opinions of the world.

She lives in New Westminster, British Columbia, and she has two daughters and two grandsons.