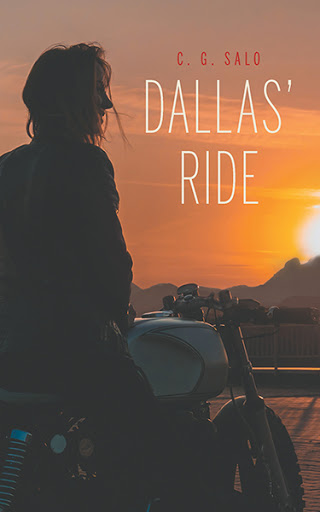 Dallas is smart, beautiful, and ambitious. Although newly appointed as Sheriff of Desire, Colorado, she is eager to prove herself. So when she hears the National Six-Day Endurance Race—a grueling motorcycle race that has never been won by a woman—is being launched from her town, she decides to enter it to win her community’s respect. That’s also why she jumps in headfirst when the FBI notifies the sheriff that they’re on the trail of the mysterious Heirloom Bandit. This thief seems to be following the motorcycle racing circuit to case out and pull off his heists.

Dallas agrees to work with undercover FBI agent Connor O’Reilly, who is also enrolled in the race, but she soon finds him to be arrogant and unwilling to trust her policing skills. It doesn’t help that he is also tall, dark, and handsome, and quite possibly the sexiest man she has ever met. As the Heirloom Bandit threatens their safety, things heat up in their investigation as much as they heat up between Dallas and Connor.

Can these two work together and, if so, exactly what form will their collaboration take?

“There is nothing like being on a motorcycle on the open road; the feeling of freedom is overwhelming. I always wanted to tell a story built around motorcycles. This book is loosely based on an actual cross-country race – the North American Six-Day Endurance Race – which makes a great backdrop for the story.”

Ms. Salo lives in Burlington, Ontario with her two sons, Greg and Ryan, and their lovable rescue dog, Bella. She is the co-author of two non-fiction books, but Dallas’ Ride is her first novel