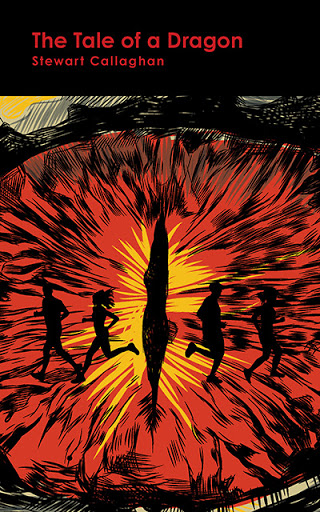 The Tale of a Dragon
by Stewart Callaghan

Jenny Salter is a sixteen-year-old girl on her way home from school one day, excited to share some good news with her grandmother, when she notices something strange: her grandmother’s house is locked and the curtains drawn. Inside, she encounters a strange and violent scene, and her grandmother—Grace Salter—is nowhere to be seen. Little does she know that her entire world is about to be turned upside-down by Vancouver’s most notorious—and elusive—psychopathic criminal: Jake Lazeer.

Jake Lazeer is a thirty-five-year-old man who kills with ease and only has two things on his mind: money and the thrill of the crime. We first find him with his criminal partner, Harry, who have both forced Grace from her home, trying to get her to divulge the location of the key to her safety deposit box. When they return to her house, chaos ensues: a helpful neighbour is brutally murdered, and Jenny is also kidnapped. Jake then leads the two women on a nightmarish ride through BC, Alberta, and Saskatchewan, using them as hostages in order to cheat and plunder, leaving a trail of death and destruction along the way. The Vancouver City Police and Homicide Unit are hot on his trail, but no matter what happens, Jake always seems to find a way to evade and outsmart them. Will the police at last be able to detain this criminal and hold him accountable for his heinous crimes? Or will his psychopathic behaviour allow him to slip out from under the hand of justice?

Stewart Callaghan is a Canadian author with many fascinating life experiences. He joined the RCMP at a young age. During his time with the Force, he encountered many challenging situations requiring difficult decisions. After fourteen years of service, he decided to leave and begin a new career. He returned to secondary school at Vancouver City College, and then transferred to UBC, where he entered the Faculty of Education. He also took several courses relating to mental illness and psychopathy. The Tale of a Dragon is his first publication. Writing it was a personal challenge, but Stewart enjoys challenges, as well as using his imagination to create interesting characters—some likeable, others detestable. He currently resides in Langley, BC.