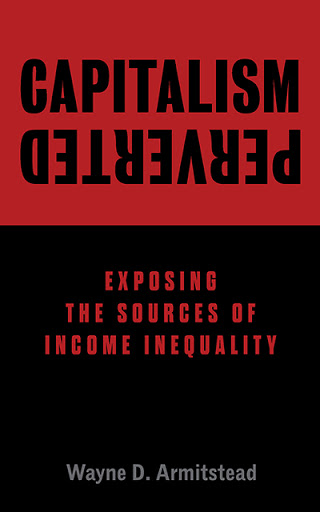 We all heard so much about the Global Financial Crisis in 2008—it was in the news every day for many months. Some countries, like Greece and Portugal, were nearly bankrupted, and we heard a lot about Americans losing their homes.

• Do you wonder why that happened?

• Do you ever wonder why none of the greedy bankers and stockbrokers are in jail?

• Do you wonder what all the fuss is about with income inequality, and the furor over the 1%? And why do CEOs of large companies make so much money?!

• Would you like to be able to understand which of our politicians really understand the root problems, and are willing to work on them?

In this book, Wayne Armitstead describes the history that set us up for the financial crisis, who some of the players were, and what they did or didn’t do that made the crisis much worse than it needed to be.

Most importantly, using the lessons of the American economist Hyman Minsky, Armitstead describes the steps our governments and central bankers need to take to prevent a repeat financial crisis.

Wayne Armitstead worked in the financial field as a stockbroker for ten years, followed by twenty years as a portfolio counselor for wealthy clients. He held licenses to trade in options and commodities, in addition to stocks, bonds, and mutual funds.

He lives in Mahone Bay, Nova Scotia with his wife, Anne, and their two standard poodles, Kielie and LuLu.