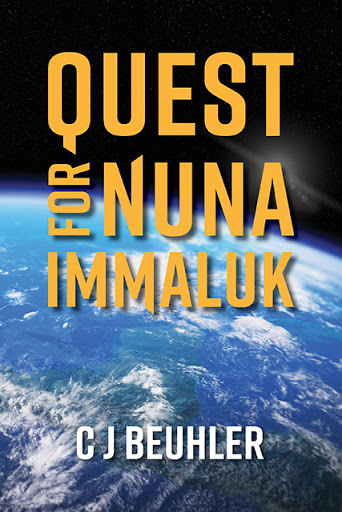 The remaining population of the planet Nuna has been confined to three huge space-craft for hundreds of years. Their history is fragmented by the passage of time, their beliefs and customs eroded into vacant shams of their originals. The records of their ancestral home have all but been destroyed. One man rises from obscurity, goaded to act by the growing power of his visions and dreams. His passion to find the elusive planet of their past reconnects him with his spiritual ancestors, and guides him...to something greater than any of his people had envisioned.

C J Beuhler was born in Saskatchewan, Canada, and grew up in Regina. During his career with the Canadian Air Force, he saw North America from coast to coast, and from Labrador to the Gulf of Mexico. In that time, he encountered a generous measure of real life drama, which, upon reflection, he realized should be shared.

Of all the places in his experience, the pristine wilderness of Labrador and its indigenous people impressed him most strongly, compelling him to write his first book, WE ARE STILL HERE, a chronicle of the life of an Inuit leader and shaman, and the adventures forced upon him by the rapid decline of the world's environment.