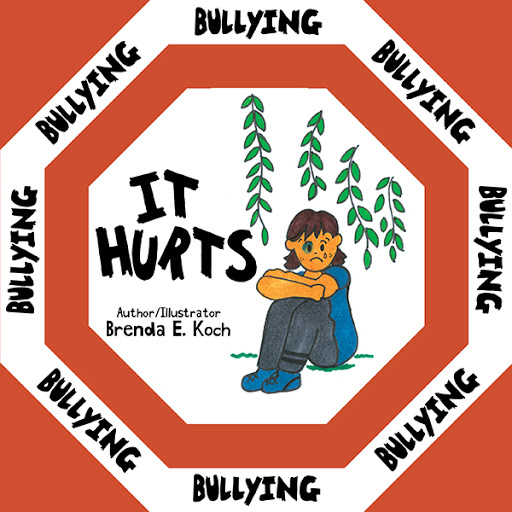 Justice is a seven-year-old, who likes pizza and video games, but doesn’t like when people are mean. When a bully takes aim at Justice, over and over again, the impact takes its toll — inside and out. At last, Justice has had enough. Tired of being hurt and crying and hiding out in the closet, Justice decides to take a stance against the bully.

BULLYING: IT HURTS tackles both sides of the bullying equation. Readers—both children and their parents—will learn to recognize bullying, not to be afraid of it, and how to be assertive in response. This simple story will help them to appreciate the value of feeling empowered in the earliest encounters with such behaviour. At last, the message is clear: Bullying is not OK, and we must stand up for ourselves.

Before she was a grown-up and an advocate for victims of bullying, Brenda E. Koch was a bullying victim. In the years since, she has sought to improve the scene for children who might suffer a similar fate.

Koch has worked with kids—the bullies, the bullied, and every- one in these circles—for more than thirty-five years. With Bullying: It Hurts, Brenda is keen to eradicate bullying by empowering victims with the conviction that there are ways to successfully de-escalate potentially explosive scenes. They can be assertive, demand different behaviour, talk about what’s happen- ing with anyone who will listen. There is no call for these children to ever live with this in silence.

Koch has written two other books—LET’S PLAY and LET’S GO—for each of which she’s won a Purple Dragonfly Award. She lives in Welland, Ontario, with her family and dog, Kilo. Koch has been an active foster parent for the last fifteen years.