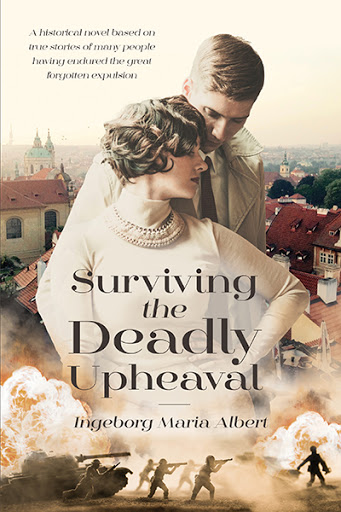 This gripping post-World War 2 story takes place in Czechoslovakia after Germany’s surrender in May 1945. One family’s unyielding endurance and determination tells, in uncompromising detail, of the reality and aftermath of government-sanctioned brutality and expulsion of German Czechs. Revenge and violent hatred lead to the confiscation of citizenship, property, basic human rights, and, ultimately, ethnic cleansing. A culture of dehumanization takes root, and Hans and Mattie Novak, with their four children, travel the well-worn path of history. Follow their life throughout the ten years it takes before they grasp one last chance, leave their beloved homeland, and board a US Navy transport ship carrying them and hundreds of other immigrants to the promise of freedom in America. After hardships inconceivable to those who have lived outside the fields of war, they remain unbroken and exemplify hope and selfless love. The book is a celebration of heroes at all ages and the story is built on historical fact and true experiences.

"In lucid, unflinching language, Albert ably captures the burdens of the Novaks’ exile over the course of the book. The author also affectingly limns the historical period in which they lived, as well as the ethnic divisions that roiled Czechoslovakia in the wake of the Second World War—and especially the hatred of a people that “wanted fierce revenge—cruel, violent revenge—and all with the blessing of President Beneš’ retribution decree.” Overall, Albert delivers a moving tale that’s emotionally authentic and historically astute.

A skillful and affecting combination of literary drama and historical research."

Ingeborg Maria Albert has travelled the road taken by her characters and has listened to similar stories from friends and acquaintances, saying that “this story almost wrote itself.” She reminds readers that immigrants, more often than not, are loath to leave their country and usually do so under threat of war, restrictions, or death. Admission into the United States allows them freedom and opportunities to become productive citizens, with a grateful and fierce love for their new country, which they pass down to following generations. This is Ingeborg’s first novel. She lives with her husband, Arthur, in Fort Myers, Florida.