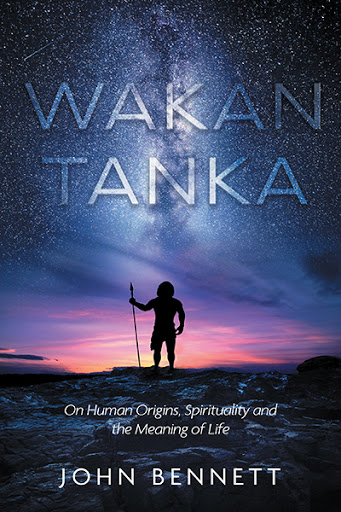 Wakan Tanka
On Human Origins, Spirituality and the Meaning of Life
by John Bennett

Where did we come from? Why are we here? Is there a god? In our modern world, many people yearn for answers to these most fundamental of life's questions, having become disillusioned with trite explanations and troubled by narratives that deny their intuitive spirituality.

Beginning with some of our most ancient ancestors, Wakan Tanka traces the evolution of humanity through the ages. Citing paleontological and archaeological discoveries, along with recent genetic evidence, it recounts how mankind evolved from the earliest mammals into anatomically and behaviourally modern humans.

Wakan Tanka describes how human culture and spirituality evolved in concert with anatomy. Showing how humankind has, since very ancient times, had an instinctual, moral sense, it discusses how our spirituality has given us an appreciation for both the aesthetic and divine aspects of life as reflected in our cultures and artistic endeavours.

By comparing philosophical and religious views of creation with modern scientific theory, Wakan Tanka reaches the conclusion that, rather than conflicting, these views are remarkably similar and equally valid ways of describing the same reality. Indeed, our scientific knowledge and spiritual beliefs can be harmonized, providing us with a deeper understanding of ourselves, of creation and of life's purpose. 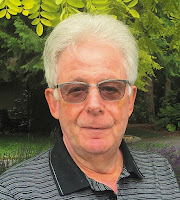 John Bennett was born in Sault Ste. Marie Ontario, Canada. He has a BASc degree in Electrical Engineering from Queens University and a Phd from the University of British Columbia. Shortly after his graduation from UBC, Dr Bennett joined the fledging Canadian aerospace company, MacDonald Dettwiler and Associates (MDA) where he spent most of his working career pioneering the development of advanced imaging radar systems for remote sensing satellites and aircraft.

In addition to engineering, Dr. Bennett has maintained a lifelong interest in evolution, physics and philosophy and has continued to follow advances in these diverse fields throughout his life.

In his book Wakan Tanka, Dr Bennett has drawn upon ideas from his varied interests to address the enduring questions of antiquity pertaining to human evolution, the nature of creation, and life's purpose.