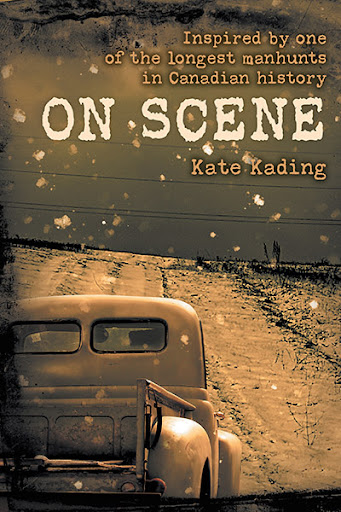 Near a tiny town in northern Saskatchewan, it fell to Sergeant Walter Regitnig and his canine partner Bruce to track a killer. He’d hunted men before, but never one who’d murdered his best friend.

Speculation is a dangerous thing when dealing with someone's life.

What causes people to react the way they do? Say the things they say?

Sometimes there is no clear motive at all.

The absence of why is where speculation is born.

Speculation can kill a man.

Kate Kading was kicked out of broadcasting college early for winning an internship and has made words her career ever since. For the past two decades she has researched and written hundreds of newspaper and magazine articles leading her to this book, the biggest research project of her life. Kate is Mum to two fine young gentlemen and Wife to “Sarge”, her own real-life Royal Canadian Mounted Police officer. She collects typewriters, mugs, and vintage pens, and has a special talent for finding the best local coffee shops no matter where she travels in the world. This is Kate’s first book but certainly not her last. Find out more at www.katekading.com.