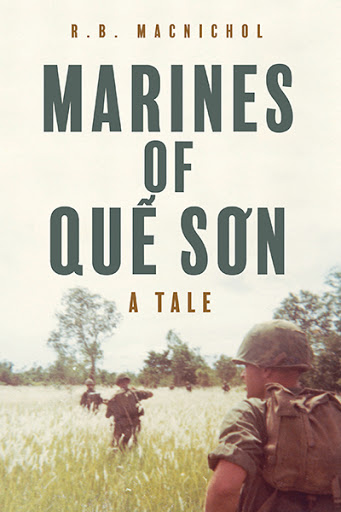 Marines of Quế Sơn
A Tale
by R.B. MacNichol

In 1967, during the Vietnam War, there is a place of deadly fighting, strange sightings and rumors, and whispers of hidden treasure, it is known as the Quế Sơn Valley. As the war intensifies, a Marine patrol is ambushed, men are wounded; one vanishes without a trace. Another patrol kills a Viet Cong Tax Collector; a curious map is removed from his body. Elsewhere, Marines confront and kill an enemy squad; they discover an unsigned letter written by an American. Later, the Marines kickoff Operation Hillandale; Bravo Company will use explosives to destroy enemy caves inside Hill 270.

350 miles to the south, Ryan, a former Marine turned civilian, is working in Saigon and has fallen in love with Vân, the beautiful daughter of a powerful South Vietnamese general. When the couple decides that Ryan needs her father’s approval to marry and go to America, circumstances plunge him into the middle of the mystery and chaos of Quế Sơn once again; a place he vowed never to revisit—but now he must. A typhoon disrupts his flight out of Saigon. Grounded in Chu Lai, he continues overland under the cover of extreme weather to avoid the enemy.

Based in part on real events; interrogators, secret agents, hidden agendas, gritty Marines, ancient treasure, Ryan and Vân, a missing man, a recon team fighting to survive, the general and a mountain full of explosives, all become entangled in this story of mystery, intrigue, adventure and Romance. The volatile outcome is anyone’s guess….

"Multifaceted and complex ... A robust atmosphere that’s deepened by dialogue, wherein gallows humor and dark musings share space with tender sentiments between lovers. The book’s many developments are both unexpected and earned, and its unhurried, gradual build and sustained tension make it engrossing."

"MacNichol shows an impressive knowledge of the country’s geography, language, and culture, drawing from experience and research to provide a textured depiction of the war-torn nation. An engrossing, intricate ... tale of love and war." 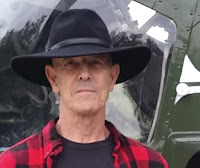 Rob arrived in Vietnam in 1967, at the age of eighteen. He served eleven months in-country before he was medevaced back to the States with a Purple Heart. Five years later he waived his combat disability to reenlist in the Marines.

During the fall of Saigon he worked at the San Onofre Refugee Center on Camp Pendleton. Vietnamese arrived by the thousands. As fate would have it, he met Vân, a Vietnamese Refugee, who became his wife.

Over the years, his experience with Marines, Vietnam and the Vietnamese have inspired Marines of Quế Sơn. This book is an adventure/romance that offers readers a unique and engaging perspective on the Vietnamese, the war, and the daily life of the Marines who served in it.