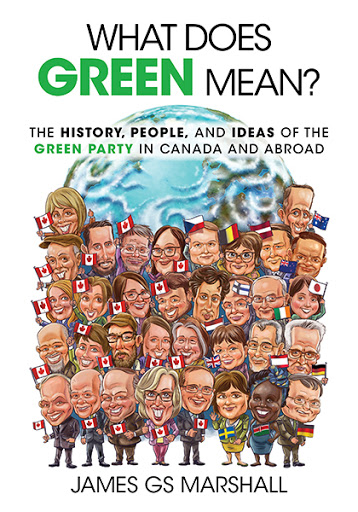 What Does Green Mean?
The History, People, and Ideas of the Green Party in Canada and Abroad
by James GS Marshall

Around the rest of the world, however, Green Parties have formed governments many times. In many countries they have been an established part of the political domain for decades. And they’re not seen as a “single-issue party”, as they’re so often wrongly described in Canada.

What Does Green Mean? is a world tour of Green parties and Green political ideas. Using international examples of Green parties from around the globe, it explores what the Greens are trying to do for politics and for the planet. From Green governments in Germany, Sweden, and Ireland, to the individuals who founded the Canadian Green movement, the book aims to leave the reader with a richer understanding of what Green truly means. 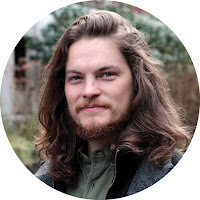 James Marshall’s history with the Green Party of Canada runs deep. His father is one of the founders of the federal party, and his godparents were its first candidate and second leader. As a baby, James accompanied his father on his campaign when he ran with the nascent Greens. Decades later, James himself ran as a candidate in the 2017 British Columbia provincial election.

Born and raised in the Metro Vancouver suburbs, James now lives in the city of Vancouver with his partner and their cat. For the past decade, he has worked in the city’s video game industry as a Technical Artist. He is also an avid musician, drumming with several local groups, and formerly competing with the world champion Simon Fraser University Bagpipe Band.