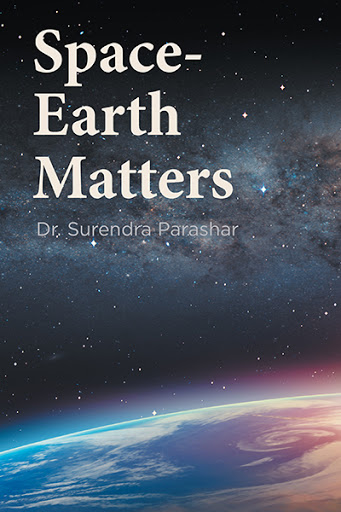 The human perception of Earth in space is ever changing.

But scientifically, what is currently known of Earth in space and life on Earth?

In Space-Earth Matters, Dr. Parashar outlines the scientific history of space from the Big Bang and the genesis of stars and planets billions of years ago to the recent human enterprise of placing thousands of satellites in orbit around our Earth.

Dr. Parashar will spacewalk you through the characteristics of orbital mechanics and the basics to understanding the motion of planets and satellites in space and answer such questions as:

• How are space science and technology through satellites, sensors, and ground systems being employed for the observation of Earth and exploration of our solar system?

• Are such activities in space regulated and managed—and by whom?

• Who is responsible for the global governance of space including space debris?

• Are there any socio-economic returns of space investments and who has the capability to deploy space missions in order to derive these benefits?

Dr. Parashar explains why space-based applications like weather and environmental monitoring, resource mapping, disaster management support, communications, and navigation are of utmost value to all of us on Earth.

Space-Earth Matters is a diverse and yet thoroughly approachable exploration of all matters Space and Earth for you, your colleagues, friends, and family.

Surendra Parashar learned space technology and applications as he earned a PhD in electrical engineering at the University of Kansas, USA in 1974. Much later in 1998 he obtained an Executive MBA from Queen’s University, Canada while being a full-time space worker. He retired from the Canadian Space Agency in 2016 after 31 years of public service. Dr. Parashar is a recipient of Queen’s Golden Jubilee Medal in 2002.

Dr. Parashar produced the system architecture for RADARSAT 1, Canada’s first Earth Observation mission. Later he became responsible for the iconic RADARSAT as he led CSA’s Satellite Operations, Infrastructure and Applications Directorate for 18 years. He was particularly instrumental in making the International Charter Space and Major Disasters operational in 2000. He then continued to serve the Charter as its Board Member until his retirement in 2016.