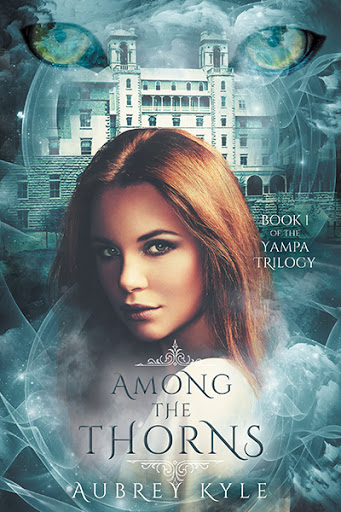 Among The Thorns
by Aubrey Kyle

After a crushing breakup, Katie Ross takes a summer job at a hotel in a small town in Colorado that recreates an early twentieth- century theme for its guests. There she falls into character and enjoys the romance of a bygone era. Soon, though, she discovers that the hotel—including the carriage house she lives in—is haunted by a mischievous ghost and threatened by the earth spirit that calls the valley home.

Desperate to make things work, Katie forges ahead with her work and meets a wonderful cast of characters from around the hotel, including an enigmatic young man who seems pulled from another time. Their romance blossoms despite some strange occurrences, but soon Katie discovers that not everything is as it seems—or seemed—in the idyllic mountain town. She is forced to make a terrible decision, one whose effects could send ripples through time itself.

"Among the Thorns is a supernatural romance that uses its setting to its advantage and keeps its secrets and twists hidden until just the right moment." — Foreword Clarion Review

Aubrey Kyle is an artist and author of several books about the local area, including Apparition Manor: True Ghost Stories of the Hotel Colorado. As a child, she often visited the hotel on which this story is set, and later worked there for several years. She lives in New Castle, Colorado, with her husband, two children, and their dog.