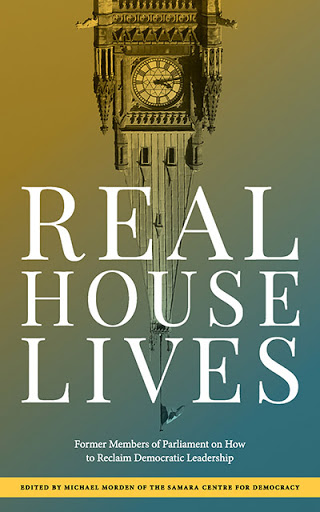 “We’re not just in a sort of post-truth politics, but we’re in a post-democratic politics.” – Former Member of Parliament

Democracy’s future has become uncertain. Politicians are viewed with deep cynicism. Political parties have lost touch with mass society. Citizens’ expectations of what their democracy should do have outstripped what their institutions can provide. All of this is feeding a wave of polarization, populism, and anxiety around the world, with Canadians much more likely to say their democracy is becoming weaker rather than stronger.

Real House Lives uses the stories and experiences of former parliamentarians to understand what’s going wrong with our national politics, and to put forward a vision of democratic representation that is independent, thoughtful, engaged, and empowered. It follows MPs through their lives and work, exploring how this vision of political leadership can be realized through a stronger Parliament, better local democratic engagement, and healthier parties. This may be an ambitious view, but Canadian democracy requires ambition, especially in a public climate of increasing partisanship, cynicism, and distrust.

This book is for anyone who has ever imagined offering their career and life to public service. It’s a how-to guide, an inspirational account, and perhaps a warning.

Michael Morden is Research Director of the Samara Centre for Democracy, a non-partisan charity dedicated to strengthening Canada’s democracy. Over the last dozen years, researchers from the Samara Centre have conducted interviews with exiting Members of Parliament in every province and territory, and from every major political party. Exit interviews are an important record of a time and place, and an oral history of the lives and works of public figures.

The Samara Centre produces innovative, action-oriented research that illuminates the evidence and reforms needed to make Canadian politics more accessible, responsive, and inclusive. Through original engagement programming, it provides active citizens and public leaders with tools and resources designed to engage Canadians in their democracy. To learn more, visit samaracanada.com.