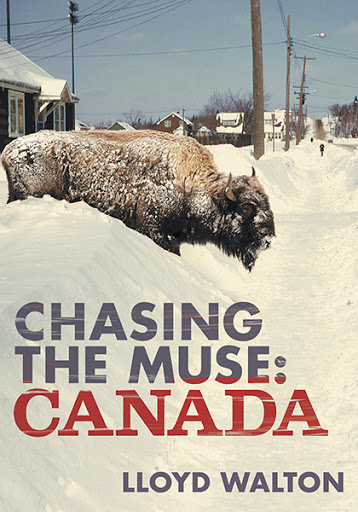 By adapting a code of conduct at a young age (the Code of the Trail), Lloyd embarked on a lifelong quest to live out his every dream. He became a pilot, he had a brush with the big time in the NHL, he flew with the Snowbirds, he had remarkable encounters with Pierre Trudeau, Bob Dylan and Neil Young, and found a job that paid him to have fun.

Lloyd has received more than 35 provincial, national, and international awards, including the Academy of Canadian Cinema, the American Indian Film Festival in San Francisco, and the World Festival of Tourism Films in Milan, Italy.

As a painter, he has had five solo show of oils and acrylics of scenes from across Canada.

He was the creative director for a gift from the Province of Ontario to HR Queen Elizabeth II.

While filming, he was twice kissed by a moose and once surrounded by black bears. He has been alone in the middle of a herd of caribou, stared a polar bear in the eye and had tigers jumping over him.

His films have been translated into French, German, Dutch, Japanese, Cree, Ojibway, Ojicree, Inuktitut, and Russian.

Lloyd Walton has enjoyed a multi-award-winning career as a director, cinematographer, painter, and writer.