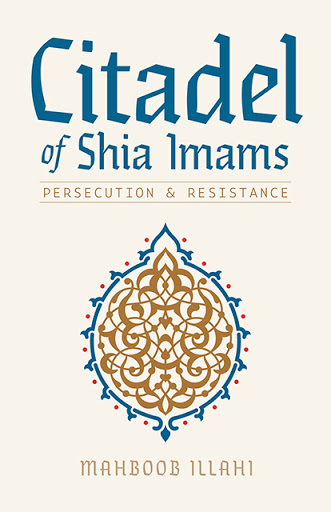 Unfairly demonized by its adversaries—including the Sunni Arab countries, along with the US and EU—Iran is wary of the world's powers, after having been preyed upon to achieve other countries' political aims.

Iranians are Shia Muslims, a minority sect comprising only 10 to 15% of the billion-plus Muslims in the world. Shias’ persecution and marginalization began in ancient times after the demise of the Prophet of Islam in 632, and has continued ever since. In modern times, their worldwide oppression has been spearheaded by Saudi Arabia—whose religion considers Shias to be apostates who deserve to be killed—and its allies, a persecution that began with the 1979 Iranian Revolution, which was followed by the unprovoked invasion of Iran by Iraq in 1980, and the successful defence of this invasion by Iran's revolutionary forces.

Building upon this history, Iran, the Citadel of Shia Imams details the alarming aggression of the Sunni countries of the Middle East against the Shia-led regimes of Iraq, Syria, and Yemen—a relentless persecution of Shia Muslims and extreme injustice and aggression towards them, the details of which need to be brought to light.

The unfortunate and reckless support of Saudi Arabia and its allies by the US and many other Western nations has perpetuated a blatant infringement upon the human rights of Iranians and Shia Muslims elsewhere. The oppression of Iranians continues in the form of toughened US sanctions, contrary to international law.

Mahboob Illahi is a graduate of the Royal Naval College Dartmouth, England and served as an officer in the Royal Navy and Pakistan Navy for over 10 years. He had naval combat experience during the India/Pakistan war of 1965, and he lived and worked in Iran for over 10 years before the Revolution.

Mahboob witnessed the events leading up to the Iranian Islamic Revolution in 1979 and was in Iran when Iraq attacked in April 1980. He volunteered to join the Iranian war effort, but was politely turned down by the local imam, who told Mahboob that there were enough Iranian devotees of the Shia religion, and that they did not need any foreigners. Although Mahboob and his Iranian wife left Iran six months after the Revolution, they drove to Iran from Pakistan every year during the summer and watched the establishment and progress of the new revolutionary government.

Mahboob lives in Toronto with his wife. He has been retired since 2006, and keeps himself busy by studying history and current affairs. His first book, Doctrine of Terror, was published by FriesenPress in October 2008.