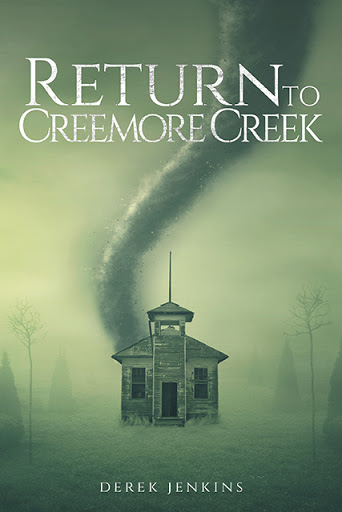 Two years ago, while on their summer vacation, the Jones children were a part of an amazing adventure with a colourful group of scholars and mystics―one that culminated in their releasing a group of children who had been cursed to endlessly relive a single day, for over three hundred years, inside a one-room schoolhouse.

With those children free and adopted into the families of those who had released them, everyone thought their mission was complete. Little did they know that it was only the beginning, and that by breaking that spell, they had unleashed a potential catastrophe on the natural timeline.

Now it’s up to the Jones children and their friends to find the answers they need and undo the damage they unwittingly caused, even if that means travelling to its source―three hundred years in the past.

Having worked as a firefighter and in emergency services for thirty-five years, Derek Jenkins has a unique perspective on all the ways that good can win out over evil―a perspective that translates very well to the genre in which he writes.

His studies of children’s literature in university have inspired and driven his grand adventure fantasies, and though the evil in his stories sometimes wins (despite his best intentions), he hopes that his stories always illustrate how important and valuable it is to keep fighting against it.

Derek and his wife, Pat, live in Selkirk, a small Ontario town, and have three grown sons, who have blessed them with seven amazing grandchildren.