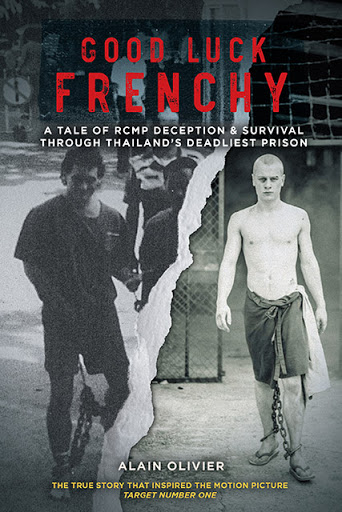 Being mistaken for someone else, being falsely depicted as an important international heroin importer and trafficker, and being made an unwilling accessory to murder aren’t everyday occurrences. Surely this is not how the police behave to get their man?

But...what if they go further?

What if, with the aid of a thuggish civil agent, the RCMP implement a buy and bust operation, a Final Solution to get rid of you? And what if a Mountie is killed in the process under very nebulous circumstances?

A chilling scenario that becomes even more disconcerting when members of the RCMP commit perjury to insure your conviction and cover up the true circumstances surrounding their colleague’s death. But, what about you being sentenced to death as a result of this and a trial littered with lying witnesses and tainted evidence that sends you on a path meant to shatter your already broken life?

And…what if, in the end, Canadian legal institutions and ministries opt to defend the undefendable in order to protect the RCMP’s integrity and the image of Canada?

Known as Bang Kwang prison inmate 482/33, my name is Alain Olivier. I learned first-hand what it means to be treated as expendable when the RCMP screws things up during a sketchy buy & bust operation oversea. This was my struggle against all odds to survive in the jungle of Bang Kwang prison, a true story that has something for everyone—drugs, murder, threats, violence, conflict of interest, political corruption, coverups, and my faint hope that the Canadian government would come to its senses and bring me home.

Alain Olivier was a drug addict working in Gibsons, BC, when he became the victim in 1987 of a dramatic undercover operation that led to him being subjected to the death penalty in Thailand and spending years in the infamous Bang Kwang prison. He has learned to never give up in the face of adversity, and he firmly believes that every time someone is a victim of wrongful conviction, society as a whole suffers. Passionate, with a wry sense of humour and a willingness to speak out against injustice, today, he gives lectures on the death penalty and the effects of wrongful conviction. Since his return, he spent 15 years working with law firms in an attempt to get reparation before the Court, where what’s occurred reveals an even more troubling reality about justice in Canada. Alain currently resides in Montreal, where his fight for justice continues.

His story has inspired a feature film with Josh Hartnett, Jim Gaffigan and Antoine Olivier Pilon (cover picture), based on a series of interviews given by Victor Malarek and himself to movie director Daniel Roby. Alain’s best-selling first book, Prisonnier à Bangkok (2002), was written in collaboration with Normand Lester. Good Luck, Frenchy is his second book, and he is currently writing its sequel.

Good Luck Frenchy has been nominated by our staff as one of their favorite books.