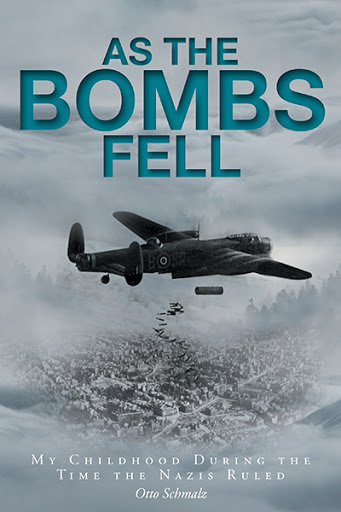 You almost never get to hear the other side of the story.

What was it like to be a child living in Germany as the country descended into war? What did kids do while their dads were away fighting and the rest of the family was living in either privation or terror, or both?

As the Bombs Fell is a treasure-trove of information about life as a child in Nazi Germany, told by a man who actually lived the experience. Otto Schmalz allows us to see, through the innocent eyes of a child, the realities of German life in several different circumstances – the regimentation and camaraderie of the Jungvolk and the boys camp that children were sent to to get them out of harm’s way in the cities, the pastoral and relatively idyllic life of the agrarian countryside even though there was a war on, the sheer terror of living in a bombed-out city that continues to experience nightly raids. Hannover was a strategic centre and as such received the attention of nearly one million Allied bombs of every kind.

His charming yet nerve-wracking tale is enhanced with numerous historical photos, of Otto, his family and friends, and of the destruction wreaked upon his city as he paints another fascinating yet seldom-seen up-close picture of many German lives in war time.

As the Bombs Fell is a straightforward telling of the other side of the story of the Second World War, with the author’s insights, as he’s learned, into human nature. 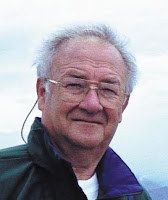 Otto Schmalz was born in 1932, in what was soon to become Nazi Germany – just a month later, Adolf Hitler was voted into the German Reichstag. Otto survived the ravages of the Second World War in and around the city of Hannover in north central Germany, and while doing so was witness to some of the most intensive and destructive Allied bombing of the war. As the Bombs Fell is his first book – a telling of his experiences during this time. Otto went on to have a career as an electrical engineer. He currently resides in Ottawa, Canada, where he is working on further writing projects of an autobiographical nature.