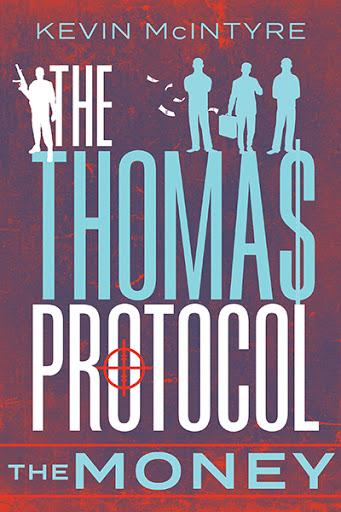 The Thomas Protocol
The Money
by Kevin McIntyre

Who knew giving away money could be so dangerous?

In The Money, the first novel in Kevin McIntyre’s debut series, The Thomas Protocol, Vancouver businessman Steve Thomas is named the sole beneficiary of an inheritance of colossal proportions; making him the wealthiest person in history. The origin of the inheritance is somewhat suspect and comes with a mysterious set of instructions to spend 90% of it to "make the world a better place.” What isn’t in doubt, is that someone powerful wants him dead.

Thomas gives up his comfortable, commonplace life to take on this cryptic new challenge; uprooting him and taking him around the world from Canada to Switzerland, the USA, and Germany. While struggling to stay alive in the face of attacks and attempted assassinations, Thomas gets to work trying to change the world for the better, but finds the world doesn’t necessarily want to be changed.

Kevin McIntyre built a successful career in the financial sector. After retiring at age 52, Kevin went on to consult and serve on several corporate boards, but along the way, decided that the time had finally come to pursue his dream.