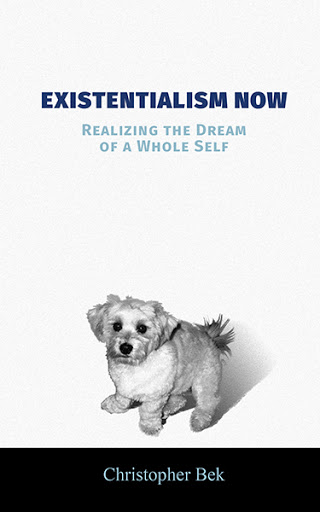 Existentialism Now brings the reader face to face with the stunning realization that each of us has total freedom and total responsibility for the entire world. Setting this realization of salvation in motion is easily arrived at by simply challenging students to take responsibility for planet Earth. This singular existential flap of a butterfly's wings ultimately saves the world.

Those who hide their complete freedom from themselves out of a spirit of seriousness or by means of deterministic excuses, I shall call cowards.

In order that we may truly exist, rather than remain in the sphere of the things-seen and things-used, we must quit the inauthentic sphere of existence. Ordinarily, due to our own laziness and the pressure of society, we remain in an everyday world, where we are not really in contact with ourselves. This everyday world is what Heidegger calls the domain of the Everyman. In this domain of Everyman, we are not conscious of our existence. And an awareness of ourselves is only attainable by traversing certain experiences like that of anguish, which puts us in the presence of the background of Nothingness—from which Being erupts.

Christopher Bek is a mathematician, actuary, philosopher, scientist and published writer—and is a superior spreadsheet, database and risk modeling craftsman. He has consulted to the top executives of one of the largest companies in Canada—and has made presentations relating to the philosophy and science of risk management in Houston and New York. Chris founded PhilosophyMagazine.com on 1 January 2001. He has lived and worked in Toronto, San Francisco and his hometown of Calgary.