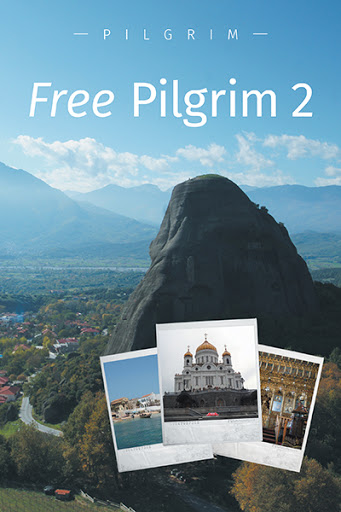 In his first book, Free Pilgrim, published in 2016, author Nicholas Fung took his readers on a spiritual, mystical, and physical journey around the world, visiting countless amazing and inspiring sites both modern and ancient. In Free Pilgrim 2—the first in a series of sequels—he picks up where he left off. Whether he is visiting the island of Cyprus, with its rich history dating back ten-thousand years before the dawn of Christianity, or journeying from Moscow to Beijing by train, his photographs and insightful writing clearly illustrate both the divine and mundane nature of humanity. We are all one people, and even when separated by continents and millennia, that humanity shines through in our great works and common appreciation for beauty, reason, and the world around us.

With seven new adventures to share, Free Pilgrim 2 will reawaken your drive to discover new places, learn about new cultures, and maybe even gain a better understanding of who we are as a human collective. While there is nothing more transformative than taking a physical pilgrimage to these incredible places, these books are about as close as one can get without booking your tickets and setting out on your own. But if you’re lucky, they will also inspire you to do just that.

Born in 1942 in British North Borneo (Sabah, Malaysia), and now residing in Vancouver, British Columbia, Nicholas Fung trained as a Barrister-at-Law at The Honourable Society of The Inner Temple and was called to the Bar of England and Wales in 1966. Eventually returning to Sabah, he served as the State Attorney-General, and was the founder and president of The Council of The Justices of The Peace, and a founding member and president of The Sabah Golf and Country Club. Appointed by The Central Bank Malaysia (Bank Negara) as Chairman and Chief Executive of Sabah Bank, he was tasked with restructuring the bank (which has since merged with Alliance Bank Malaysia), and it is from this position that he ultimately retired.

That is when his journey truly began. Searching for a spiritual path, he began making pilgrimages, exploring the world while discovering himself—an undertaking with no clear destination but of inestimable value. Nicholas cherishes the opportunity to hear and share stories from cultures all over the world, hoping to counter bigotry with knowledge, and let people see that peace can be achieved even when there are differences between us. It is with that dedication that he hopes to inspire others—to open a space in their busy secular lives and allow for deep and profound personal transformations.