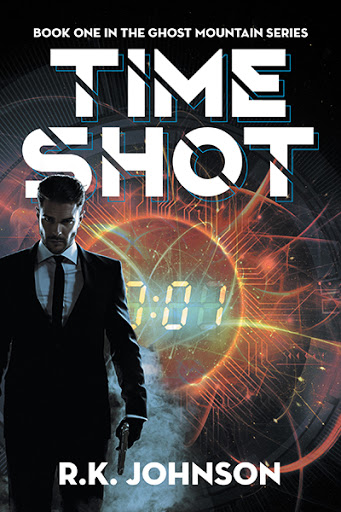 What if time was no longer safe? What if one shot could wipe out “today” as we know it or alter a future yet to come? This threat becomes a reality with the creation of a new weapon in a secret military research base known as Ghost Mountain. There, scientists have developed a system that can create wormholes large enough to deliver a bullet through time. The American military believes this weapon is enough to tip the scales of world domination in favour of the United States. That is, until a top Russian spy infiltrates the supposedly impenetrable Ghost Mountain base, steals the weapon, and sets in motion a disaster of catastrophic proportions.

Colonel Joseph Perez, a Ghost Mountain operative who has been trained on the weapon, is all that stands in the way of it reaching Russia. Recognizing the immensity of what could happen with this weapon in the wrong hands, he is prepared to risk everything – including his life in both the present and the past – to reclaim it. What follows is a teeth-gnashing, fast-paced, cat-and-mouse-game with the Russian spy that tests Colonel Perez to his limits and makes for a page-turning read that will appeal to fans of science fiction, spy novels, and thrillers alike.