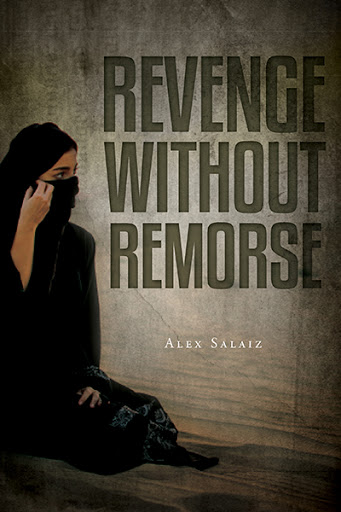 Revenge Without Remorse
by Alex Salaiz

The terrorist leaders from the Middle East were upset their jihadist sleepers in the United States had failed miserably to eliminate FBI Special Agent Chad Winters, a recurring thorn on their side. After having financed numerous failures, the ISIS leader, Abu Bakr al-Baghdadi, decided to go after Winters’ family instead, emulating the words of the Republican presidential candidate that said, if elected, he would have the families of the terrorists kill. A Canadian sleeper received the ISIS leader’s assignment and set out to execute the holy mission in the United States. The sleeper found out Winters had no immediate family, only the Knights, a retired Army couple. The elderly Knights were the parents of Nora Knight, Chad’s lovely fiancé, but she was killed before their planned wedding many years before. Chad became extremely angered after the appalling murders of the elderly Knights, whom he considered family, and now vow to seek revenge to its fullness. But, his revenge plan was impeded by someone else also trying to kill the murderer, but for other unknown reasons. Chad was not going to let that happened; seeking revenge against the Knight’s murderer was his and only his. The race between Chad and the unknown tracker to find the killer of the Knights was on. Who would get to kill the murderer first, Chad or the unknown tracker, as a path of death was left behind from Toronto, Canada to Denver, Colorado. Following both, the Knight’s killer and the unknown tracker, Chad had to use all of his experience and even resort to some unorthodox methods to accomplish his goal. But, would Chad get the tracker first before the tracker would kill the Knight’s killer? This is the exciting and final book of FBI Special Agent Chad Winters’ trilogy, ‘Revenge Without Remorse’, by author Alex Salaiz.

Alejandra was eight years old when she helped me spell a word I had trouble with while I was typing my manuscript. After she spelled the word correctly, she said "grandpa, when you sell your book, will you split the profits with me? I helped you write the book." 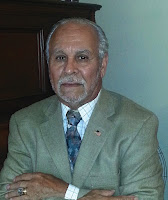 Alex Salaiz received his B.A. degree in Political Science from Saint Mary’s University in San Antonio, Texas. He is a retired government employee after directing a major federal agency in Denver, Colorado. He is also a retired Army officer with the rank of Lieutenant Colonel retiring after 36 years of both active and reserve duty. His last active duty assignment was state sides in support of ‘Operation Iraqi Freedom’. This is Alex’s third and final book in the trilogy of FBI Special Agent Chad Winters. His first book, ‘This Nation Under Attack,’ was published in 2014 and the second book, ‘Unholy Terror Waged on Our Beloved Nation,’ was published in 2016. Alex lives in San Antonio, Texas with his wife Nellie, a retired school teacher.

Author
Alex Salaiz
Contribution by
none