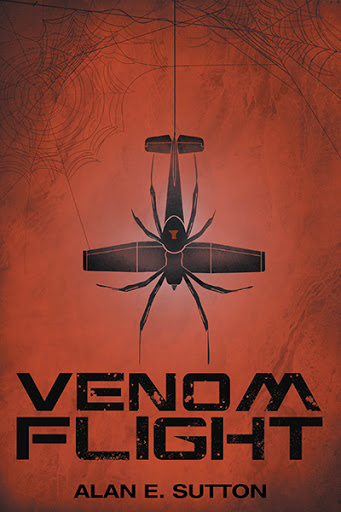 On his return from Vietnam, John Clarkson goes badly astray in his life for a while. But all that changes when he’s on a job in South America and receives a nearly lethal bite from a spider. That’s when he meets a Chilean mystic who not only saves his life; he helps John develop unsuspected abilities that transform him from a going-to-seed, middle-aged guy, to a magnetic, powerful figure, whose life becomes a thrilling action-adventure. On his return from Chile, John finds himself flying high-tech planes, romancing beautiful women, travelling the world, and building a financial portfolio that brings him untold riches. But nothing comes without a price, and John’s fortune soon attracts the interest of a range of dirty-dealers, who would like nothing better than to get their hands on his money and see him dead. Fast-paced, humorous, and jam-packed with surprising adventures, Venom Flight explores what happens when a man discovers astonishing talents in himself and makes the very most of them.

Alan Eric Sutton was born in Vancouver, BC, Canada in 1945 and grew up above the family business on the banks of the Fraser River. All through his life he has loved fishing, hot rodding, drag racing, boating, and flying. After apprenticing as a machinist in the family business, he joined his brother in building the company into a substantial supplier to the mining industry. Meanwhile, as president of a flying club he wrote articles for the club newspaper. In this, his first novel, he employs his experiences traveling to Peru, Chile, and Argentina on business for the mining industry, and he also draws upon his years as a private pilot throughout Canada, the U.S., the Artic, Chile, and Australia. In particular, the rich folklore and desert landscape of Chile have inspired much of Venom Flight. Alan and his wife Sandi live in Surrey, BC and winter in Arizona. They have four children.