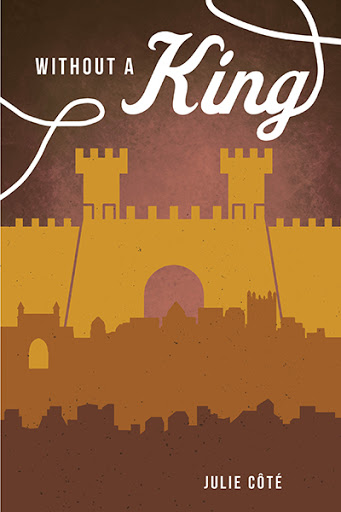 Without a King
by Julie Côté

Finn is the greatest thief in the city, sneaking silently through the streets of Zianna to relieve the upper class Teltans of their unneeded jewellery and purses. One day, he finds an area of the city he had never explored and scales a wall only to find a hidden courtyard full of boys his age training in sword craft and wrestling. There he makes an unlikely friend in Tannix, the highborn son of the lord of West Draulin, someone so far above him in the social chain he can scarcely believe how different their lives are. For fear of being discovered as an imposter, Finn tries to act the part of a nobleman, using a stolen ring and robe to show his status. He spends weeks undercover with his new friend, training as a noble as part of the Order and eating everything he can get his hands on.

Soon Tannix discovers who his new friend really is, but instead of turning him in, he helps Finn to survive by giving him money, medicine, and protection. When the pair uncovers a plot to kill the king, they know they must act quickly. Using Tannix’s social status and Finn’s street smarts, they race to find the assassin and convince the other nobles before it’s too late. Their forbidden friendship puts both of their lives in danger, and while Tannix’s family name will protect him no matter what happens, who would believe a common thief? 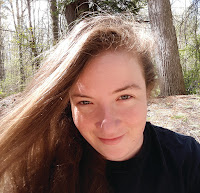 Julie Côté is the author of the children’s book Jaunty Adventure Team and the upcoming novel The Memory of Simon Battle. She finds inspiration in movies, books, and video games, and draws heavily from her degree in classical history. She lives with her cat and roommates in Ottawa, Canada, where she works outdoors with children.