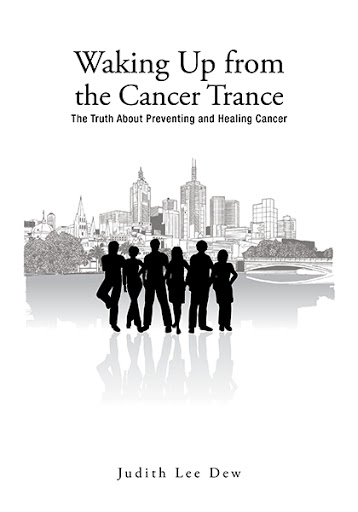 The author studied the works of early doctors, scientists and genius laypeople who spent years studying different theories about the nature of cancer. Many of them had high success rates with patients who'd been sent home to die after being exposed to conventional therapies.

Then, she found doctors who have studied the work of these early (and later) cancer pioneers who have high success rates in their cancer practices now. When cancer is not a mystery, it does not have to be a death sentence.

The author grew up on a farm on the Olympic Peninsula in the state of Washington. She took "organic", "pasture-raised", and "grass-fed" for granted. Her well water was pure, and her food was organic.

Her mother made her own yoghurt and soap, grew gardens, tended flocks of chickens and studied nutrition. She knew that stress and chemicals contribute to all disease, and she knew cholesterol was not bad at a time when eggs and butter were believed to be deadly.

She was the author's doctor. She stitched her up and healed her wounds, She would have done her best to cure her own cancer. Her mother's spirit is alive and well in this author, a teacher, writer, singer, dancer, wife, mother and grandmother.

When the author wanted to know how to tell if treatment is working, she didn't trust everything she read. She finally discovered that urine pH is the key to monitoring cancer. Testing urine pH throughout the day is a well-kept secret. Most people believe that an alkaline body cannot support cancer, but that's only about half right.

Who wants to be half wrong?