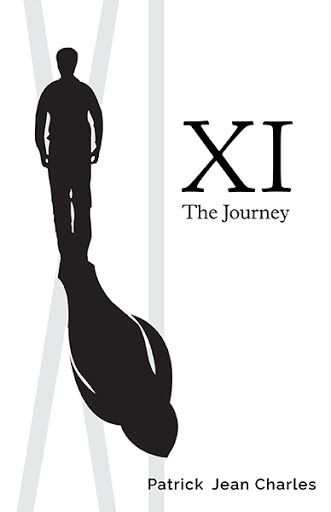 At its heart, The Journey is an exploration of the struggle of being human.

In his powerful poetry, Patrick Jean Charles takes an unflinching look at the minefield of emotional, psychological, and spiritual challenges that are the hallmarks of a young adult’s reality. Poems in this rich collection tackle failure, and its inevitability as the punctuation to a person’s search for themselves, and the way past experiences shape who each of us are.

Learning from past mistakes is essential to becoming a better person, the author concludes, and the raw, revealing nature of these poems captures that ascendant journey sharply.

Growing up in New York, where he and his family had immigrated from Haiti to escape political persecution, was hard for Patrick Jean Charles. He had to navigate both an unfamiliar language and an unfamiliar culture, and he had trouble making friends. Drawing from his own imagination for entertainment, he used to write vivid stories, which he was soon illustrating, too. He studied graphic design in college.

It was after graduation that Jean Charles began to fall apart. Alone and without the moderating effect of family, he made a series of bad choices, and fell from them, hard. It was in an effort to mitigate his pain that he began writing, and posting the results on social media. His following grew quickly, as did encouragement to publish a book.

Patrick feels strongly that the experiences that make up his longtime pursuit of self-discovery helped him write The Journey. More than that, he is committed to sharing their lessons through his writing with others, who might find themselves in similarly compromised situations.