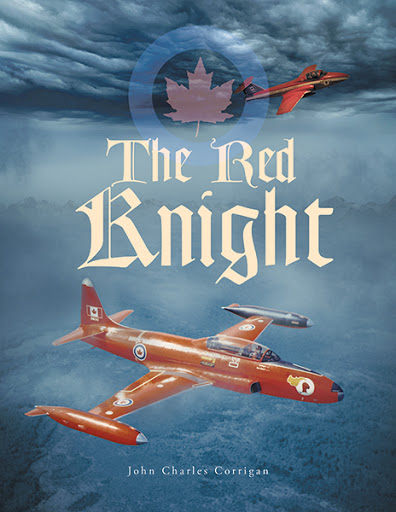 The Red Knight is the product of 25 years of meticulous research. It is, arguably, the most comprehensive account ever written about the Canadian Air Force’s legendary solo jet-aerobatics performer. An important part of Canadian aviation history, the Red Knight is second only to the Snowbirds in longevity and total number of performances. The Red Knight chronicles the history of the program, from its conception in 1957 to its cancellation in 1970. Everyone who has enjoyed watching the precision, grace and beauty of aerobatic flight will enjoy this insight into the “behind the scenes” aspect of aerial displays. A fine addition to any aviation reference library, The Red Knight will be of particular interest to anyone who remembers the program or saw a performance of this uniquely Canadian display. The Red Knight is illustrated with rare photographs never published before. The book is further enhanced by specially commissioned works of art from noted Canadian Aviation Artist, Don Connolly. Details of the various Red Knight paint schemes are provided through aircraft profiles, also specifically created for this publication. Together, this unique pictorial collection vividly portrays the legacy of the Red Knight.

"It's hard to imagine a more comprehensive look at the Red Knight program--and at aerobatics in general." — Kirkus Reviews

John Corrigan has been an aviation enthusiast for decades and has been published in the Journal of the Canadian Aviation Historical Society, Airforce magazine, and the Canadian International Air Show’s Airspeed magazine. After 35 years in the aerospace industry, he retired as his company’s Quality Systems & Regulatory manager. A collector of aviation art, John became interested in the Red Knight’s story after purchasing Don Connolly’s print, “From Stage Right, The Red Knight.” When he tried to find more information about the Red Knight, John was disappointed at how little there was. What he did find was incomplete or contradictory. He began researching the story of the Red Knight in 1993. With the assistance and understanding of his wife Donna, John has travelled from St. John’s, NL, to Vancouver Island interviewing former Red Knight personnel and related technical contacts. Aided greatly by the co-operation and generosity of former Red Knight pilots and support personnel, John has collected numerous photographs, newspaper articles and personal memorabilia to preserve the history of this uniquely Canadian solo-aerobatic display.