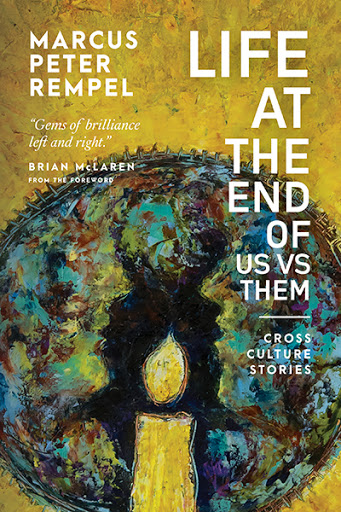 God without violence, Open up the Gospel, Faith, Spiritual path, Why did Jesus have to die, Who is my neighbour, The Beauty and Danger of Christianity

Our present moment can no longer sustain a stable “us” defined against an alien “them.” So say René Girard and Ivan Illich, radical critics of both Christianity and culture. If they are right, this makes our time an endtime. The end of us against them can deteriorate into the chaos of each against each, or it can open outward into freely chosen communion. It is an expectant—and apocalyptic—time. How does one live in this strange, endtime world? As a wanderer in the odd, cross-culture country Girard and Illich have mapped, the author finds himself in a surprising new place in relation to those who are his other: women, queer folk, refugees, Muslims, atheists, and Indigenous people. In this collection of essays, he blinks, looks around, and makes some field notes.

“I’ve read a lot of books, but very, very few have been as rich in generative insight as this one.”

“I’m in huge AWE at this incredibly powerful material, wonderful storytelling gifts, and the hugely rich sense of a Christian re-telling Rempel offers. . . . [This book] brings together Illich and Girard in what I can only call a Thomas Merton style, where Rempel's community farm replaces his Abbey/hermitage. I also love the bravery and straightforwardness of what he has to say about sex.”

“This is an attempt to speak to a new world, a world that many churches appear to have no capacity to recognize. . . . As a believer in militant nonviolence, I will think about Rempel's conclusions for some time.”

“This is an original work, authentic, clear, informed, alive, and sometimes thrilling. Rempel is a writer who cares about what is real and strives to discern what is not.”

A son of Mennonite mission workers, Marcus Peter Rempel has been a cross-culture kid all his life. He and his family live at Ploughshares Community Farm in South St. Ouen's, Manitoba.