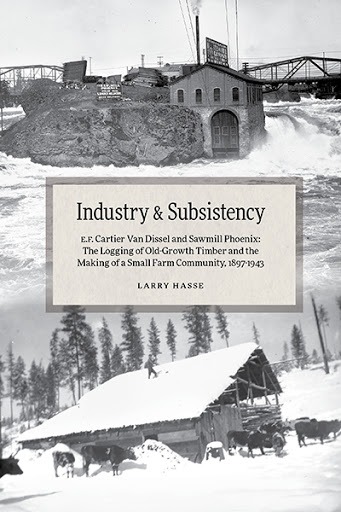 Industry and Subsistency
E. F. Cartier Van Dissel and Sawmill Phoenix; The Logging of Old-Growth Timber and the Making of a Small Farm Community, 1897-1943
by Larry Hasse

The people of the Camas Valley in Washington State were founded in two socioeconomic streams as they survived the Great Depression of the 1930s and moved into the war years of the 1940s. The theoretical foundation of this history asserts the existence of a perpetual socioeconomic process of relationship between two interacting streams of human culture: Premodern subsistency, whereby persons utilize their immediate material environment to make family livings; and the modernizing commercial / industrial culture, whereby people incrementally move beyond subsistency to a convenient level of commerce, manufacture, and urban specialization. By this understanding, throughout the flow of times and places of human society, a rise and fall of progress and regress exists. Here, in this place and time, the relationship between the industry of Spokane and the agriculture of Stevens County provided the dynamic.

This book is intended for academic and general readers alike. It includes extensive endnotes identifying the information used in creating this micro history of agriculture and industry in the Inland Pacific Northwest. The author hopes the book will be interesting and informative to the descendants of the people who built a life in a swath of hinterland reaching from the city of Spokane to the end of Camas Valley, and beyond, in Stevens County. 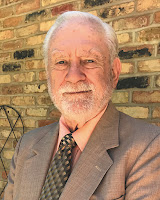 Larry Hasse was born in 1938 on a depression farm near the Camas Valley, Washington. In 1948, his father, Ward Hasse, attempted unsuccessfully to modernize the farm, causing him to move the family to Spokane. Larry began his trek through private schools, which culminated in a master’s degree in social studies education from Walla Walla University in 1967 and a PhD in American history from Washington State University in 1974. He taught at Union College in Lincoln, Nebraska, and for twenty-five years, at Oakwood University in Huntsville, Alabama. He also spent many enjoyable summers teaching adjunct courses at Whitworth University in Spokane. He retired in 2002 and continues to write as an independent scholar. He lives in Huntsville with wife, Jean.