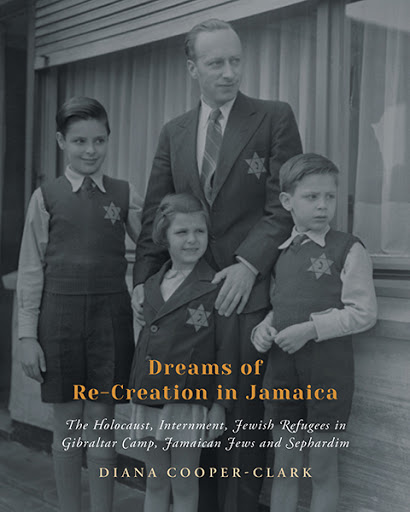 Dreams of Re-Creation in Jamaica
The Holocaust, Internment, Jewish Refugees in Gibraltar Camp, Jamaican Jews and Sephardim by Diana Cooper-Clark

Diana Cooper-Clark has written a book that uncovers a ‘hidden’ history in the Holocaust narrative. The stories of seventeen Holocaust survivors who escaped to Jamaica and who are among the last eyewitnesses to the Shoah are inspiring. As well, she reveals the involvement of Jamaican Jews with the refugees and the Holocaust, and the virtually unknown story of the killing of Caribbean Jews in Nazi concentration camps. In addition, Dreams of Re-Creation in Jamaica has dozens of never before published photographs shared by the Jewish refugees. This book also sheds light on the Sephardim and their marginalization in the history of Hitler’s extermination policies. These compelling tales bring together World War II, Jewish refugees and Jamaican Jews, stories that have previously slipped through the cracks of history. As a child of six years old in Jamaica, Cooper-Clark read a book about the Nazi, Karl Eichmann, thus changing her life. She swore to spend the rest of her life bearing witness to the Holocaust. For everyone inspired by survival stories, and the triumph of life over death for both individuals and communities, this book is a must-read.

“This remarkable study is an example of how it is that historians of the Holocaust are still finding previously-unexplored episodes that demand our attention. In chronicling the story of the Jewish refugees from Nazism who, awaiting an uncertain fate in Portugal, were unceremoniously threatened with deportation back into German-occupied Europe, Diana Cooper-Clark has uncovered a narrative in which we see how they were given refuge by the British government and sent to an unlikely haven in Kingston, Jamaica. In doing so, she has thus assumed the mantle of one who is herself a “rescuer” – in this case, of an otherwise lost history. This fascinating book, generously illustrated (in another example of “rescue”), should be picked up by anyone with an interest in the Holocaust or of how goodness can be found in situations when there is an appropriate level of willingness to help those in need. Professor Cooper-Clark is to be commended on a marvelous job of illuminating this hitherto darkened corner of Holocaust history.”

■Dr. Paul R. Bartrop, Director, Center for Judaic, Holocaust, and Genocide Studies, Florida Gulf Coast University, author of False Havens: The British Empire and the Holocaust and Surviving the Camps: Unity in Adversity During the Holocaust.

“Diana Cooper-Clark brings a breadth of knowledge about the Holocaust, a depth of understanding about Jamaica, and a tender compassion for the Survivors’ stories to this surprising and largely unknown part of Holocaust history.”

■Irene Lilienheim Angelico, director of the international-award-winning documentary, Dark Lullabies; co-editor of The Third Seder: a Haggadah for Yom Hashoah.

“Diana Cooper-Clark has done the world a service by writing this book. A well-crafted and meticulously written account of an unknown part of contemporary Jewish history of those saved from the clutches of the Holocaust by their being given refuge in Jamaica. A compelling read!”

“Growing up a Jamaican Jew, I’d heard about Gibraltar Camp and had briefly known one survivor who’d been close to my family. Diana Cooper-Clark’s moving and beautifully written book brought the camp and that mostly forgotten piece of history alive while memorializing it for posterity. Her research into other refugees was richly fulfilling, humanizing those who were otherwise mere casualties of the Holocaust and the Second World War. To be even a peripheral part of this history and connected to this extraordinary book are true honors.”

■Anna Ruth Henriques, author of The Book of Mechtilde

“Jamaica-born Diana Cooper-Clark shares her careful research of Jews in the Caribbean island, their history and their role during World War II. Known for Jamaica’s spectacular resorts, yet unknown for its Gibraltar Camp, a place of safety for refugees from the terrors of Nazi Europe, this book is the culmination of almost two decades of research and interviews with Holocaust survivors who lived during the war in this ‘tropical paradise’.”

“This book describes one of the most important episodes of my life thanks to Diana Cooper-Clark.” ■David Cohen, Jewish refugee, Gibraltar Camp

“The importance of this book is the fact that Diana Cooper-Clark when researching the Holocaust registered the personal stories of several Jewish refugees who during World War II were lucky to escape Nazi Europe and travel to Jamaica where they were housed in Gibraltar Camp. This was an extreme change in their lives. The reception by the local Jewish community to these refugees was an important addition to the history of the Holocaust.”

“Cooper-Clark’s masterful research is a testament to a people who were singled out for mass extermination. Cooper-Clark provides a historical gem for many reasons. Importantly, Dreams of Re-Creation in Jamaica makes visible Jamaica’s connection to the Holocaust that is virtually unknown in world-wide consciousness. As a Jamaican Jew, the book’s revelation of the participation of the Jamaican Jewish community and by extension Caribbean Jews in the Holocaust narrative is a vital contribution.”

■Geoffrey Haddad, author of If I’m Not Back by Wednesday 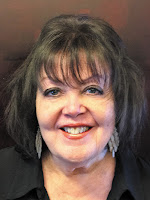 Diana Cooper-Clark is a professor in the departments of English and Humanities at York University, Toronto, Canada.