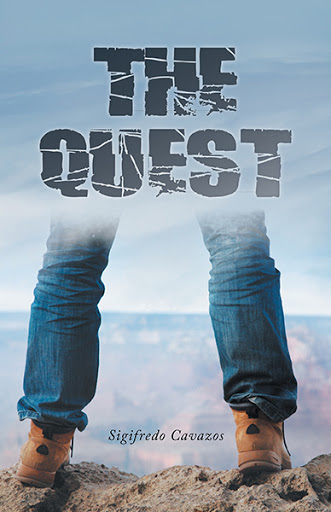 The Quest
by Sigifredo Cavazos

The Quest, set in America's Southwest, during 1996 --2001, during Clinton's and Bush's Administrations, is an intriguing and engaging story of an inquisitive, intelligent, but troubled Coloradan Vietnam veteran, who, having been born to an Anglo mother and an Hispanic father, sets out on a quest to find his true identity and place in the universe, by coming to Kingsville, Texas,, home of the legendary King Ranch, to explore his father's Chicano roots, as well as his own. In doing so, he becomes immersed in the corrupt public school, university, state, and federal politics, during this troubled period of Gore/Bush election fiasco, the Religious Right abortion issue, the 9/11 twin tower attack, and the Florida/Supreme Court decisions.

During the course of these events, Christopher Worth Garcia, while exploring his father's Hispanic Tejano culture and music, meets the enchanting and beautiful but enigmatic Aurora and the members of the "Discussion Club," with the "colorful" name. Chris is thus caught and wound in a web which includes the stalker/husband from whom he has to find and extricate himself -- or perish.

Born in Harlingen, Texas, in the midst of the Great Depression, Sigifredo .L. Cavazos, dropped out of high school to join the USAF during the Korean conflict. He attended the University of Texas at Austin, under the G.I. Bill and set to work on a novel, 'Three for El Dorado,' but then let his writing ambition fall by the wayside upon his marriage and family life, Following a career as a public school teacher of English and history, Mr. Cavazos worked with the Cooperative Extension service in the Agriculture program of Michigan State University, and with the Upward Bound program at Sienna Heights College in western Michigan. Now retired, he had resuscitated his lifetime goal of being a writer. This is his second published book, the first being "Amistad Mountain & Other Stories," published by Vantage Press, now bankrupt.