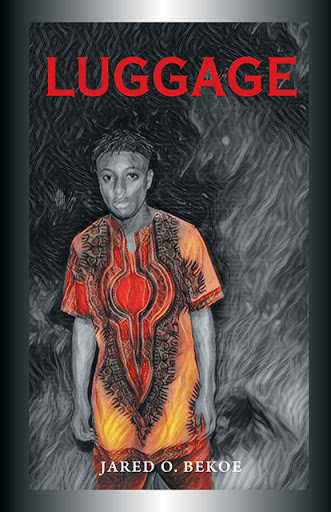 Teenaged K.C. has stared into the eyes of death. With a crazy and dangerous protective instinct, he will do anything to keep his loved ones safe, including taking a bullet for them. Somehow, K.C. always seems to find himself in dreadful and adrenaline packed situations, whether in his own home city, or on the streets of New York. But never before has K.C. faced a threat like he does in Luggage, when his character and values are put to the ultimate test.

Born and raised in Canada, K.C. and his family live a normal life in Mississauga—he goes to school and achieves average grades, he has a crush on his good friend, Nasri, and he has an after-school job. But things quickly change. On a family vacation to the motherland in Africa over the Christmas holidays, he soon loses sight of who he is. With a civil war arising, K.C., his brother, and his father are captured by rebels and taken on a terrifying and deadly journey. Forced to fight in the civil war against his will with other child soldiers, K.C. must pull off the impossible to bring his family back to safety.

Will K.C. and his family survive? Will they ever return to Canada? Each chapter reveals more shocking twists and turns that ultimately lead to K.C.’s moment of truth. You won’t want to put this book down.