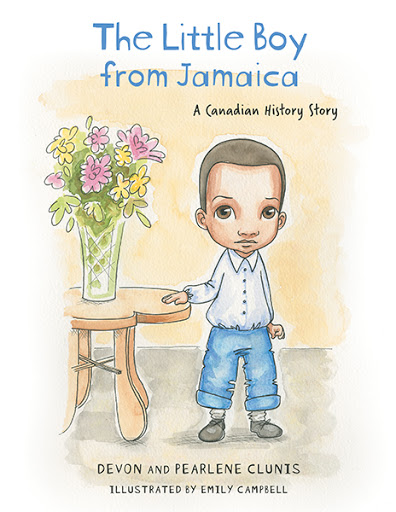 To the young child holding this book in your hand.

Do you believe someone just like you could become a history maker? I believe you can. Read this story and discover how Devon, a little boy from Jamaica, became a Canadian history maker. You will see that anything is possible and that dreams can come true.

For Parents, Teachers and Everyone who cares for a Child

There’s nothing like the inspiration to be drawn from a story of someone overcoming challenges and achieving the impossible, especially when that story involves a child. And no example sings so loudly as this one, about a little black boy growing up in rural Jamaica without electricity or indoor plumbing who would go on to become Canada’s first-ever black Chief of Police.

In Devon Clunis’s inspiring tale, we find a shining illustration of how hope can lift a person above their conditions to the very height of their dreams. In the simple, welcoming language that ushers along this moving narrative, we learn about the simplicity of the life that marked Devon’s early years. When he was a little boy, Devon had no lights or power or running water in his house. Today, that same boy — now a man — holds an impressively prominent position in Canada’s law enforcement community and history.

Through Devon’s story, readers will learn that hard work, help from others, and a powerful belief in yourself, are all essential elements in achieving truly spectacular things. The potential for greatness resides in all of us, just as they did little Devon. If we can each capitalize on this immense gift to the best of our abilities, think how far we can go toward making our world a better place. 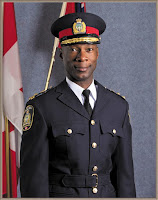 Devon Clunis was raised in Harmony Vale, Jamaica. He immigrated to Canada at the age of eleven. In Winnipeg, the city in which his family settled, Devon endured a significant cultural transition. He experienced the discomforts associated with poverty and marginalization. It was through the care and consideration of invested teachers and coaches that he was able to lift out of his situation and secure for himself the future he dreamed possible.

From the start, Devon had a fierce grasp of his identity as a black immigrant living in a land of opportunity. He decided early in his youth that he would work to set an example for other minority children who were experiencing the same pains of cultural integration, social inequity, and the scarcity of potential exhibited in popular culture. In short order, that took him onto the policing path. The choice was a remarkable one: this was a profession that was not conventionally considered open to people of colour.

Devon was one of Winnipeg’s first black police officers. When he was named Chief of Police — the seventeenth in that city’s history — he was the first ever black person to assume the post in all of Canada.

The Little Boy From Jamaica has been nominated by our staff as one of their favorite books.