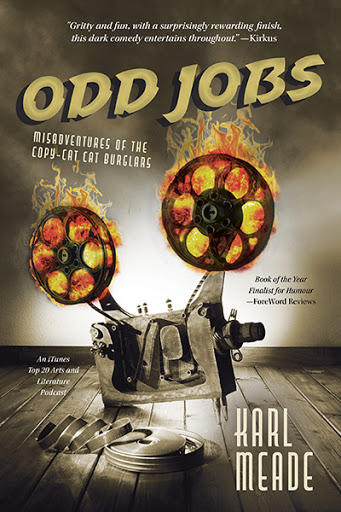 Odd Jobs is a comic-caper love-story about a Mountie woman and entrepreneurial men, house and family, script-writers and cat-burglars. A modern tale of movie magic in the wrong hands: the Big Lebowski meets Elmore Leonard’s niece.

When Marty Drysdale first meets Chick, a member of the Canadian Mounties, he has an ounce of marijuana in the backseat of the limo he’s driving and a breaking-and-entering offense on his record. He escapes that first meeting with a traffic ticket and a major crush on “Officer Beautiful.” After just a month of knowing her, Marty proposes, and against all odds, she agrees.

But Chick grows frustrated with Marty’s laziness and oddities. One night, coming home from his latest job as a projectionist, Marty crashes his Flxible Flxette limousine. In the shower of sparks, glass, and twisted metal, he has an epiphany: he will make his own movie and prove to Chick that he’s a man worth having.

It isn’t long, however, before Marty’s hair-brained script—the copy-cat cat burglars—makes him the target of angry investors, the police, and other unintended victims of his latest scheme. He’ll have a lot of explaining to do if he wants to get out of this mess and keep the woman of his dreams in Odd Jobs.

“Hilarious and touching… impossible to keep a straight face… a terrific writer.”

“You have to love unlikely protagonist Marty as he stumbles amusingly into a life of love and crime. Think Pulp Fiction mixed with some mellow weed and Monty Python’s glorious absurdism.”

“Cinematic and well plotted, Odd Jobs is a fast, funny, and visual read, easy to imagine as a comedic script in the style of The Big Lebowski or Nothing to Lose.” 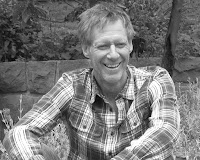 Karl Meade has published widely in literary magazines in Canada and the U.S., including The Literary Review of Canada, Contemporary Verse 2, The Fiddlehead, and many others. He was long-listed for the 2016 CBC Poetry Prize. He also served as editor for the literary magazine, Absinthe. He lives on Salt Spring Island with his wife and two daughters. Visit karlmeade.com.