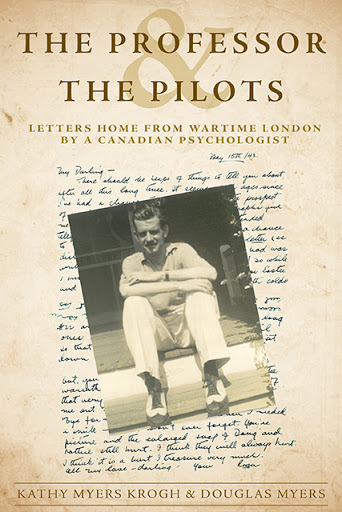 This unique collection of letters offers a vivid glimpse of life in wartime London. C. Roger Myers, a young psychology professor at the University of Toronto, was appointed as advisor to the RAF on methods for pilot selection and training. His research at air bases in the UK and North America, significantly contributed to the reduction of the loss of pilots and planes. Many letters illuminate his struggle with fatigue and loneliness, missing his young family in Canada, while humour and satire shine through others. Myers was an entertaining storyteller and keen observer of daily life in Britain. He describes his frustration with the traditionalist approach of the RAF and the eccentricities of his senior colleague. Myers’ account is enhanced by letters from his wife, Helen, who like many women during wartime, did not expect to sign up to be a single parent.

Myers’ astute observations about ordinary life in wartime London and his witty writing shows he was a truly gifted writer. He was a keen observer of the human condition. Rarely have I enjoyed reading anything more than these letters.

The complete story of personnel selection…has yet to be written. Although two Canadian psychologists were deeply involved in RAF personnel research, the British histories say little about their achievements.

Myers wrote great chatty letters that shed a funny, clear light on the UK during the war…clearly his work was important to the RAF and deserves publication. 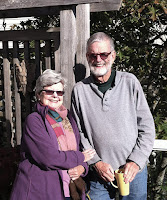 Kathy Myers Krogh graduated from Queen's University with a degree in Psychology and English. She pursued graduate studies in Sociology from the University of Minnesota, by correspondence, while raising her family with her Geologist husband Tom Krogh. Kathy worked for Dr. King's Poor Peoples' Campaign and Maryland Fair Housing, supporting the law that allowed minorities to buy houses in the predominantly white suburbs. She taught preschool in Washington D.C. before returning to Toronto where she studied at the Institute of Child Study. Kathy has written three children's books. She resides in Toronto and at the family summer cottage in Muskoka. She has four children, Erik, Kari, Sara, Jason and five grandchildren.

Douglas Myers, PhD, graduated from the University of Toronto Schools (UTS), Victoria College and the University of Toronto (M.A.History), the Ontario College of Education and Edinburgh University (PhD). He taught at Forest Hill Junior High School and held teaching and administrative positions at Edinburgh, the Ontario Institute for Studies in Education and Dalhousie University, where he was Dean of Continuing Studies. He lives with his wife Mary Crowley in Halifax, where he enjoys playing the drum in a Samba Band at events around the city. They pursue the Scottish game and canoe at their Eastern Shore cottage. He has three children, Stephen, Anna, Matthew and eight grandchildren.