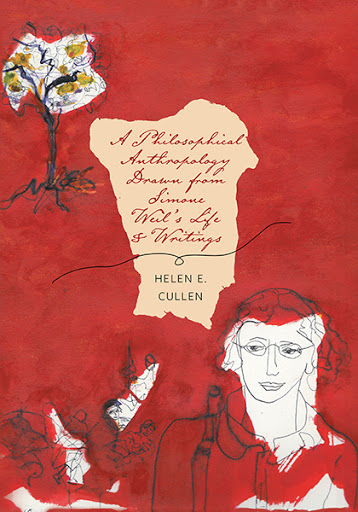 A Philosophical Anthropology Drawn from Simone Weil’s Life & Writings situates Weil’s thought in the time between the two world wars through which she lived, and traces Weil’s consistent conception of a mind-body dualism in the Cartesian sense to a dualism that places the mind within a carnal part of the soul and establishes an eternal part of the soul as the essence of human beings.

Helen Cullen argues that in Weil’s early conception of human nature, her Cartesian conception of perception already shows a glimpse of the eternal. Weil’s dualistic conception also forms the basis of her political analysis of the left of her time, and through working in factories and in the fields, she develops a conception of labour as a theory of “action” and “work with a method.” Weil was influenced by leading thinkers of her time, prompting her to do an analysis of current scientific theories.

Cullen argues that Weil’s analysis of Christianity, already present in Greek philosophy, shows us a theory of “identical thought” inherited from the East (India and China) and brought forth by peoples around Israel. This theory leads to Weil’s analysis, developed in The Need for Roots, of how we’ve been uprooted through colonization and how we can grow roots in a free local society (both rural and urban).

This in-depth and sensitive meditation on Simone Weil’s life and writings explores the relationship between individual freedom and the myriad ways in which we share the world with others. Drawing on Weil’s dualistic conception of philosophical anthropology, which places mind within a carnal part of the soul and establishes an eternal part of the soul as the essence of being human, Dr. Cullen invites us to think of our world of natural law and necessity, labour, and even human suffering, not as an obstacle but as a portal to a deeper spiritual reality. This book is a much-needed voice in troubled times when leaders too often restrict their focus on organizing political, economic and social life according to the material conditions of existence. It asks us to reconsider the link between science and religion and to cultivate individual freedom and social harmony within the context of the spiritual treasures of identical thought that have enlightened us throughout the ages, thereby challenging and enriching our conception of what it means to be human. Among Weil’s insights is that we should strive not to dominate nature or other human beings but that we should see in nature and in others an underlying beauty and order that roots us in the world and is at the same time a bridge to divine love.