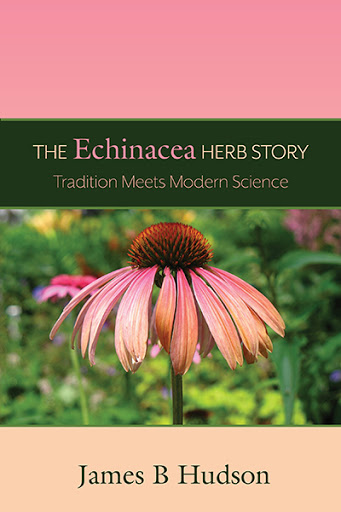 Echinacea has become one of the best selling herbs in North America and Europe, and is frequently advocated for the prevention and treatment of colds and ’flu, and related respiratory diseases. Traditional uses implied that it was also useful in the treatment of many other diseases as well. How did Echinacea acquire its popularity, and is it justified? Is there scientific evidence from research laboratories or from clinical trials to back up the claims made by the manufacturers? Yes, to some degree. There has been substantial basic research on Echinacea recently, much of it in the Author’s laboratory.

But not all Echinacea preparations are the same, and they will probably not work for everybody, for reasons that are explained. One reason why herbal medicines such as Echinacea appeal to consumers is that they look critically at the western pharmaceutical alternatives, and their inherent problems. We have antibiotics, which are potentially lifesaving chemicals, but which have been applied excessively in humans and their livestock, resulting in global antibioticresistant bacteria. We have questionable vaccines. And of course we are continually producing toxic drugs with numerous side effects, some lethal (“Death by Medicine” has become an acceptable phrase). Professor Hudson attempts to explain all this in language suitable for the general reader, with some help from accompanying light-hearted anecdotes.

James Hudson is Professor Emeritus at the University of British Columbia, Vancouver, where over the last 48 years he has carried out teaching and laboratory research on many human, animal and bacterial viruses, and various safe natural products that have antiviral and antibiotic properties. Many of these studies involved collaborative endeavours with international colleagues.

During the last 15 years he has focused mainly on Echinacea. He has published more than 150 papers in peer-reviewed scientific journals, a technical book on plant sources of antivirals, and recently two popular books on different aspects of viruses and microbes. Throughout his career he has trained numerous students and research associates, many of whom have continued their academic careers. He recently moved to Vancouver Island in order to gradually wind down and enjoy nature while it survives.