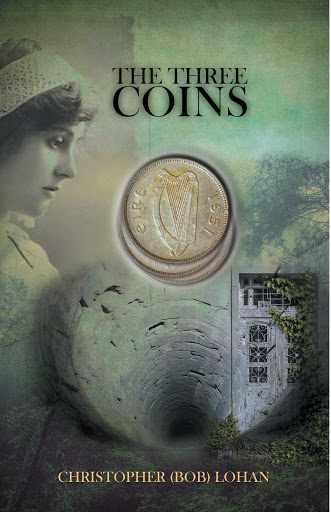 Toronto, 1951 – Irishman Tom Corbert sits in his rented room and turns an unopened letter over in his hands. The envelope has stamps from all over the world on it, stamps that trace the journey he’s been on for the last decade. The letter has followed him all the way from his past, from Ireland.

And it’s calling him home.

But Tom is not the only one being summoned. Also in Toronto is Bob Ward, a soft hearted but hard fisted man with whom Tom is familiar mostly through barroom brawls. And someone in Ireland has business with him, too.

The two men independently journey back home to Ireland to unravel a tragic mystery that stretches back almost twenty years—one that will change both their lives forever.

A love letter to the pastoral Ireland and rugged Canada of an earlier generation that draws inspiration from the author’s own life, The Three Coins is a comic, heart-warming tale of coincidence and connection that explores the legacy of tragedy and the power of community.

"Your great love for Ireland and Canada is so evident. Your beautiful faith, such an inspiration to me, filled its pages. It was certainly worth waiting forty years. May your book continue to touch hearts as it did mine. Loved your characters!!" - Anita Cruz

"The Three Coins is refreshingly optimistic. It is a story that seems to be generated by the author's faith. I love the threads of connectedness, faith in the human spirit and generosity. Thank you Chris Lohan for a nice pleasant read, I'd love to know what Tom and Bob are up to now." - Sam, Amazon Customer

"This was a novel I read in one sitting from start to finish. An intriguing story. A great novel for the young and old at heart and a great Irish overtone to the novel. In my eyes, a best seller." - Mike McGuire

Born in Dublin in 1930, Chris Lohan moved to Canada in 1951 at the age twenty-one and immediately fell in love with the country, vowing to see it from coast to coast, a promise he has now kept many times over.

After starting with the Canadian National Railway gangs, Mr. Lohan eventually began working for the Canadian Pacific Railway as a baggage handler. He moved up to switch tender, yardman, yard foreman, conductor, yard master, and, finally, terminal supervisor of “The Nickel Capital of the World”: Sudbury, Ontario.

The Three Coins is his first novel.

The Three Coins has been nominated by our staff as one of their favorite books.