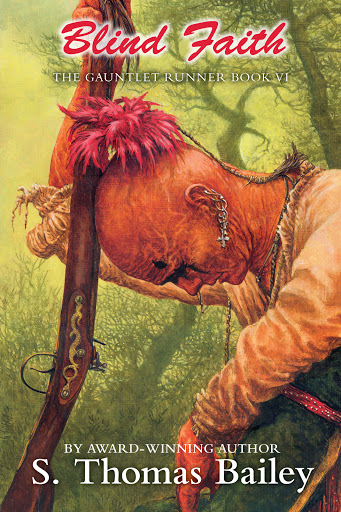 Enemies come in many forms, and they are not always what you think. Jacob Murray has learned that lesson, but it haunts him once again. The tides of the war have finally changed and the British are beginning to gain ground over their French adversaries.

The French sit within the walled city of Québec, waiting for their enemy. Jacob and Maggie are still apart, separated by thousands of miles of unfamiliar wilderness. Despite this adversity, they each seek a way to find what remains of their family.

Faced with her own challenges, Maggie finds unlikely friendship and assistance from what she believed were her enemies. Following an opportunity to track down her son, she journeys to Québec City, where she finds a city preparing for a siege from the British army, who are determined to end the war.

Jacob faces his own challenges, and finds he is often forced to fight not only his enemies, but also those who should be his allies.

Blind Faith tells the story of deserters, a country controlled by the church, and the walled city that holds many secrets.

“Over the course of this series I’ve come to respect Jacob, but I’ve fallen in love with Maggie, I think you will too.”

“I was drawn into the story and felt the pain, frustration and love of each character. History comes alive on each and every page.”

“S. Thomas Bailey’s novel keeps me awake at night because once I start reading, I don’t want to stop…” 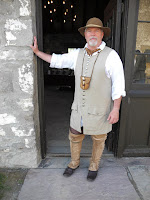 He resides in a quiet hamlet north of Toronto, Ontario, with his wonderfully supportive wife and two amazing children. His family spends their spring and summers visiting French and Indian War sites, attending re-enactments and living history events, and spreading the word about this wonderful period in North American history.

Bailey looks forward to continuing Jacob and Maggie’s story in the final novel in The Gauntlet Runner series, coming soon.