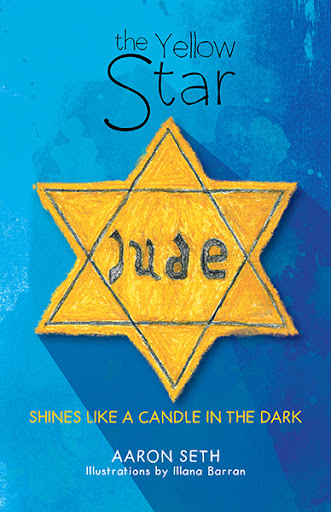 What is life worth, when nothing is left?

Young Aharon, no more than twelve, tells us his struggles during the Holocaust. Despite the atmosphere and religious differences, he was able to relive the Passover Seder with a gentile friend. How can a young boy subsist when he lost almost everyone he loved? Did he find solace through his friend’s words? Even though, the days were long and harsh Aharon gave strength when he had none left. Even though, the nights were dark and scary.

Aharon gave hope when he had none left. Even though the days and nights turned into years of tears,

Aharon gave courage when all else fails.

Your inspiring meditation on the power of kindness and hope over cruelty and despair is gracefully written and affecting. You evoke both your subject matter and narrator effectively and sensitively. It addresses serious and disturbing material in a way that is honest and unflinching but not overly explicit.

I could see this story potentially being used as a teaching tool in support of related historical or religious material (e.g., a high school course examining the Holocaust or a discussion about Passover). The length, balance between serious and haunting and hopeful and inspiring, and lack of over-explicitness all support this potential usage.

Aaron was inspired by his grandfather, Paul Liebskind, to write this short story. Aaron did not know Paul very well but, remembered him attending his pre-school graduation for Kindergarten. Aaron grew to know Paul through the eyes, ears and voices of his family. This has helped Aaron to develop a deep and emotional connection with his grandfather. He learned that Paul was only seven years old when, he fled Germany and was in hiding in Belgium during the Holocaust. He learned that Paul’s oldest brother, Kalman, went off to work one day, and never returned. He learned that Kalman gave his last breath during the death march. Aaron’s knowledge in Judaism captures the heart and mind to bring out this inspiring story, which exemplifies Paul’s character and courage.

Aaron is a martial artist, who has achieved his 2nd Degree Black Belt in the discipline of Tae Kwon Do. He enjoys competitive swimming on a certified member team of the USA Swimming (the national governing body of the sport). Aaron is also a highly ranked tennis athlete and competes in the United States Tennis Association. Aaron loves history, archaeology, geology and has a passion for astronomy. In addition, when Aaron has free time from his competitive schedule or weekly practices, he enjoys archery and hunting for fossils while, travelling around the world. Aaron is an 11 year old 6th Grade student, who lives with his family in Connecticut.