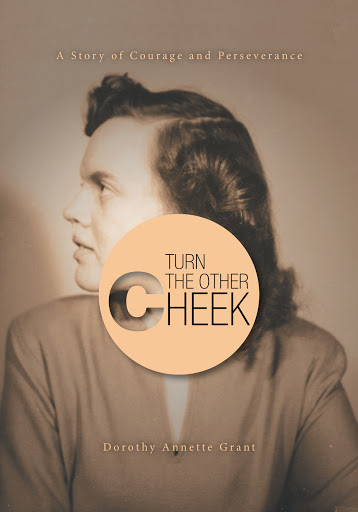 Turn the Other Cheek
by Dorothy Annette Grant

Years after having made a name for herself as a consumer reporter for CBC Television in Halifax, Dorothy Grant, now working for the Nova Scotia Medical Society, received an unexpected call. It was from an elderly woman named Charlotte, who hoped that Dorothy would help her retrieve some medical records from a particularly unhelpful secretary. Dorothy got Charlotte her records back, but she was so struck by what she learned about her caller’s fascinating triumph over adversity that it never left her. Though born with a significant facial disfigurement, Charlotte had led a rich, exciting, and fully creative life filled with music, travel, war work, true love, and a life-changing relationship with one of the most legendary and innovative plastic surgeons of the WWII era. Despite challenges that would have derailed most, Charlotte’s undaunted spirit and joyful, courageous perspective created a life-affirming story that had to be told.

ALL PROCEEDS FROM THIS BOOK WILL BE DONATED TO THE DAVID GRANT MEMORIAL FUND AT THE IWK HOSPITAL.

David was Dorothy Grant’s son who passed away of a rare neurological disease, at the age of 11, after staying for a year at IWK hospital.

A registered nurse, Dorothy Grant found her passion for helping people took her in an unexpected direction when a report she filed on a company that was scamming its customers got her a job as a consumer reporter for CBC Television in Halifax. There she made a great difference in people’s lives with hundreds of radio and TV reports that often gained national coverage. Later she became Director

of Communications for the Medical Society of Nova Scotia, and she has served with many charitable and medical organizations. Dorothy was a frequent contributor to The Medical Post, a Canadian journal for doctors and has written for many local, national, and international magazines. One of her stories won an Anik Award. In 1981, a documentary she conceived and hosted entitled The Other Child, the story of seriously burned children who were treated at the IWK Hospital for Children in Halifax, won a prestigious prize at the Fourth International Completive Festival in Italy. The CBC sold the film internationally and it was seen around the world. To say the least, it’s been a challenging, varied, and very rewarding life.