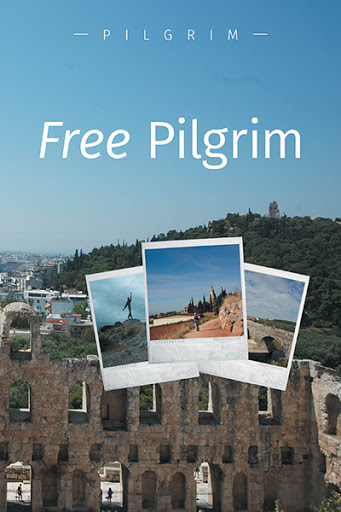 Free Pilgrim is the story of one's man's journey down physical, spiritual, and mystical paths. In his photographs, taken in countries all over the world, he captures the mundane and the surreal, the modern and the ancient, and inspires us to go out and see them for ourselves first hand. With vulnerability and insight, Nicholas shares words and reflections from the heart, and with them conveys the joys and wonders to be found when one goes beyond their natural boundaries and truly starts to explore: The insignificance one feels in the presence of enormous statuary and ancient ruins, the size of which seem to defy logic and reason; the timelessness that comes from walking in the very footsteps of the Apostles, the Aztecs, the Mayans ... paths that have been worn smooth by travellers for countless generations; even the sense of belonging that comes from experiencing our modern world from a new or unique perspective. Whether it is a cultural or religious pilgrimage you're looking for, or simply an exotic adventure away from home, this travel book is sure to motivate and inspire you and get your feet pointed in the right direction.

Born in 1942 in British North Borneo (Sabah, Malaysia) and now residing in Vancouver, British Columbia, the Nicholas Fung has had an interesting and varied professional life. Trained as a Barrister-at-Law at The Honourable Society of The Inner Temple, he was called to the Bar of England and Wales in 1966. Eventually returning to Sabah, he has served as the State Attorney-General, was the founder and president of The Council of The Justices of The Peace, and a founding member and president of The Sabah Golf and Country Club. He was appointed by The Central Bank Malaysia (Bank Negara) as Chairman and Chief Executive of Sabah Bank, tasked with restructuring the bank (which has since merged with Alliance Bank Malaysia), and it is from this position that he ultimately retired.

That is when his journey truly began. Travelling light, in the constant search for an inner spiritual path, he started exploring the world, sharing and enjoying stories, hoping to counter bigotry with knowledge, and letting people see that peace can be achieved even when there are differences between us.

It is with that dedication that he hopes to inspire others―to open a space in their busy secular lives and allow for deep and profound personal transformations.