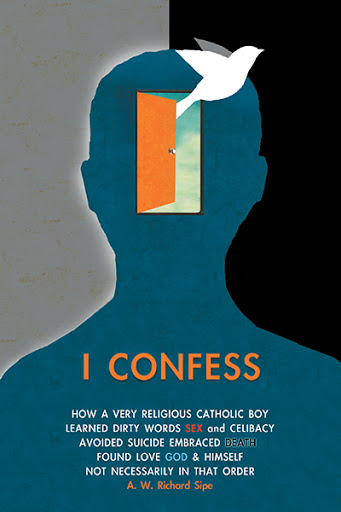 I Confess
How a Very Religious Catholic Boy Learned Dirty Words Sex and Celibacy Avoided Suicide Embraced Death Found Love God & Himself Not Necessarily in That Order
by A.W.Richard Sipe

Throughout his remarkable life, Richard Sipe has followed one simple yet demanding dictum: Tell the truth. He has done so as a priest, a mental health clinician, and a writer exploring the trials of celibacy and the tragedy of child sexual abuse. Today, Sipe is best known for his work with clergy who molest children. His research guided the Boston Globe Spotlight Team in its Pulitzer Prize-winning investigation of sexual abuse in the Catholic Church. And he is an oracular presence in “Spotlight,” the hit movie about the Globe’s groundbreaking work. But in “I Confess” Sipe takes an unexpected turn, yielding to an inner muse to find a separate truth that is at once deeply personal and profoundly universal. In poems of love, loss, grief and renewal, Sipe assesses his life and his struggle with Catholicism. With an open heart and a keen intellect, he reveals the isolation and loneliness that come with priestly celibacy and a life of contemplation. He explores the cost of rebellion, and the joy of love and personal awakening. And he confronts the religious teachings of his youth, taking readers on a searing quest for identity – through bondage, struggle, liberation, and finally to the hard-earned peace that can only come with knowledge of the self.

I Confess is…“A worthy example of applied self-reflection, that desire to find the words for complicated internal contentions and transformations, with some startling imagery that lingers long after the book is closed …”

American Journal of Psychoanalysis, Section Editor: On the Arts

Anyone reading Richard Sipe’s I Confess will be delighted, informed, and uplifted by his reflections and his poetry. From priesthood to layman, to husband, to father, his thoughts deepen one’s appreciation for the complexities of life, for the need and role of personal therapy, for the range of sexual feelings that help humanize us, including, finally, his reflections on our final moments. I recommend Sipe’s life journal. He is honest to his experiences… some of his imagery is haunting.

A.W. Richard Sipe spent 18 years serving the Church as a Benedictine monk and Catholic priest. In those capacities he was trained to deal with the mental health problems of clergy. Sipe practiced psychotherapy as a priest and married man, taught on the faculties of major Catholic seminaries and universities, lectured in medical schools, and served as a consultant and expert witness in both civil and criminal cases involving the sexual abuse of minors by Catholic priests. He and Marianne have been married since 1970 and have one son.

His lifetime work is the examination of the sexual and celibate practices of Roman Catholic bishops and priests. That research led to careful consideration of Catholic sexual teaching and its disastrous effects on behavior especially sexual abuse of minors by clergy. Sipe’s books include A Secret World and Sex, Priests & Power; the Anatomy of a Crisis; and The Serpent & the Dove: Celibacy in Literature & Life.

I Confess will be available in the FriesenPress Bookstore soon.