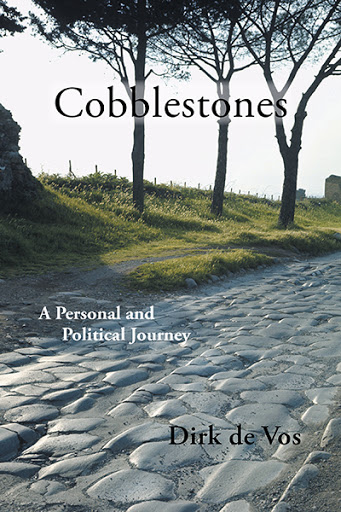 Cobblestones
A Personal and Political Journey
by Dirk de Vos

Dirk de Vos’s journey, which has taken him across continents, within dynamic cultures, and into direct experience within divergent ideologies, originated in the land of apartheid, South Africa, and ended in the far north of another continent. Cobblestones follows the path of this personal journey while embarking on a journey of political discovery as well. With understanding, rooted in his childhood in apartheid South Africa, and spanning work experience in law, multinational business, government, and academics, de Vos is uniquely positioned to comprehend the origins and nature of transformative and manipulative political processes, especially as they bear on the growing importance and problématique of the interplay between human rights and multiculturalism.

A central argument that emerges in this intricate mix of personal experience and sociopolitical analysis echoes Gene Veith’s view of political postmodernism as rejecting of individual identity. This results in a collectivist mentality in which individual claims are lost in the demands of the group. de Vos expands on such an idea, demonstrating its origins, addressing the results of social experiments driven by such beliefs, and analyzing the influence of groupism on recent politics in Europe, Africa, and North America. Cobblestones is certain to evoke important, expansive thought and discussion among readers and students alike.

Dirk de Vos grew up in South Africa and now lives in Ottawa. He holds degrees in languages, law, and business administration. His work experience on three continents includes legal practice and executive positions in multinational enterprises in such diverse fields as banking, the food and oil industries, various departments of government, and academic positions at universities in the US and Canada. He served as one of the founding directors of the Canadian Foreign Investment Review Agency and as a Science Advisor for the Science Council of Canada. In the latter capacity he authored Governments and Microelectronics: The European Experience (1983), a report completed while a Visiting Scholar at the Graduate School of Business at the University of North Carolina at Chapel Hill. In view of his expertise in the field of innovation and foreign investment, he has represented Canada at various international fora, in the Commonwealth, at the OECD in Paris, and at the United Nations in New York.